Upcoming launch of the Zawya project in Egypt

Zawya is a new initiative to support the commercial distribution of European films in independent cinemas in Egypt.

The Zawya project will be officially inaugurated in January 2014, launching a network of alternative cinemas organized by MISR International Films (which was founded by Youssef Chahine and now operated by his family). This initiative aims to open up the market for the commercial distribution of independent films in Egypt, particularly European and French productions. Also organized by Marianne Khoury, the 6th Cairo European Film Panorama (which has just ended in the Egyptian capital), has provided an additional boost to the exposure of independent films, such as Giraffada, which was presented at this year's event by its director Rani Massalha and two of its cast members, Saleh Bakri and Mohamad Bakri.

Another highly anticipated film in the land of the Nile is The Past by Asghar Farhadi, which is the second film to be supported by this new program, but which was not able to be included in the Panorama due to its distributor's decision to present it at the recent Dubai International Film Festival . The Panorama lineup was completed by two films of a very different, but complementary, genre : The Family by Luc Besson and Suzanne by Katell Quillévéré.

uniFrance films actively supports this new initiative, notably in its start-up phase in 2014. The success of the Zawya project could have a positive ripple effect in this country, where there appears to be an opening for films other than American and Egyptian productions. This project also benefits from the involvement of our Belgian partners, who have provided their support for the release of two Belgian films with MISR International Films. 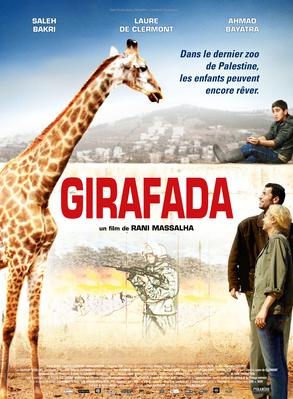