1,000 films: a round figure that highlights the significance of a uniFrance films initiative that has become an indispensable service for the short film sector.

Established in February 2012 as a service for movie professionals, the Short Film Gallery is a BtoB viewing service for French short films via the unifrance.org website.
This online platform offers member producers the chance to ensure wider exposure for their films, particularly to festivals and foreign buyers.
In the short term, the Short Film Gallery will entirely replace our service of sending DVDs for pre-selection to film festivals in partnership with uniFrance films.

The short film The Two Lives of Nate Hill (photo) by Jeanne Joseph, produced by François Morisset (Salaud Morisset), was the 1,000th film added to the Short Film Gallery on December 2, 2013. It is worth noting that the very first film to be included in the Gallery, My Sweetheart by Daniel Metge and produced by Les Films du Cygne, was uploaded on January 19, 2012.

Thanks to the Short Film Gallery, the 121 film festivals in partnership with uniFrance Films have selected over 750 films among those presented at foreign events in 2013. 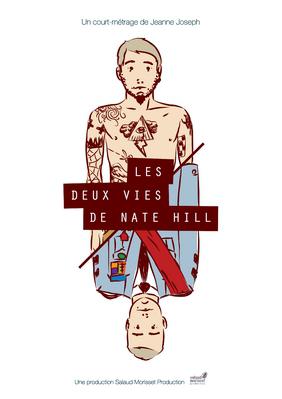 The Two Lives of Nate Hill