French films at the Spanish box office in 2010

Even though 2009 raised hopes for renewed vitality in the Spanish market, a sharp decline in 2010 reversed the trend and confirmed the continuing fall in admissions since 2005.

Nonetheless, the number of theaters in operation stabilized at 4,080 screens after a constant decline between 2006 and 2009, and, thanks to the injection of €60 million into the sector over the past two years, スペイン now offers 500 theaters equipped with 3D technology. Revenues for 3D films rose by 140% between 2009 and 2010. In this adverse market context, national films' market share also declined dramatically from 15.5% to 12.1% between 2009 and 2010. In 2010, this represented only 12.93 million spectators, marking one of the worst results of the past decade. The directors of the ICAA (Institute of Cinematic and Audiovisual Arts) consider that these low figures can be largely attributed to the lack of films with strong commercial potential in 2010. The 12.1% market share was thus split between a larger number of titles than in 2009, when just four Spanish films accounted for one half of all admissions. The most successful Spanish film sat at 18th place in the charts: 3 metros sobre el cielo attracted 1.3 million spectators, followed by Los Ojos de Julia (1 million spectators) and Que se mueran los feos (1.1 million spectators).

It is worth noting that 2011 has got off to a more promising start, with Torrente 4, released in March, pulling in over 2.5 million admissions in four weeks.

American films' market share remained stable at 72%, while French films increased their share of the takings from 3% to 4.3%, among French films' highest market shares in 2010, after Switzerland and Belgium. The year's Top 10 was dominated by Avatar (over 6 million admissions), which had already jumped to 2nd place in 2009, followed by Toy Story 3 (3.6 million) and Alice in Wonderland (2.9 million). Six of the Top 10 films were released in 3D. The six leading distributors this year were American majors, taking 75% of total box office revenues.

The Spanish market continues to suffer from piracy. In 2010, the value of illegal film downloads was estimated at €1.546 billion, and it is considered that Spain alone accounts for 20% of illegal downloads of the Top 10 films worldwide in this period. Hopes are high that the new "Sinde" law implemented in March 2011, which is aimed at controlling illegal internet downloads and authorizes the shutting down of illegal websites, will have a positive effect on curbing the escalating rate of piracy in the country.

Within the context of a general slump in movie attendance in スペイン, French productions performed well in 2010, registering close to 4.4 million admissions and earning €27 million, thus capturing 4.3% of the market (the third highest score for French films outside France, after Switzerland and Belgium). Moreover, French majority films took the lion's share of the pickings, claiming just under 74% of the results.

As concerns foreign-language French productions, Ghost Writer put in the best performance, registering 895,000 admissions, followed by Solomon Kane with 563,000 admissions. While a number of films were surprise hits, such as Villa Amalia (over 50,000 admissions) and Fashion Victim (72,000 admissions), others achieved disappointing results from relatively ambitious releases, such as Un Prophète, Heartbreaker, and Extraordinary Adventures of Adèle Blanc-Sec/アデル／ファラオと復活の秘薬.

Despite these good results in 2010, the market remains fragile. The difficulty—or even impossibility—of selling films to television networks, combined with piracy (which has destroyed the DVD market and severely damaged the VOD market) and the position of exhibitors, who allow French titles very little chance to make their mark in theaters, has meant that independent distributors are under immense strain in a contracting market with ever-increasing pressures to compete. 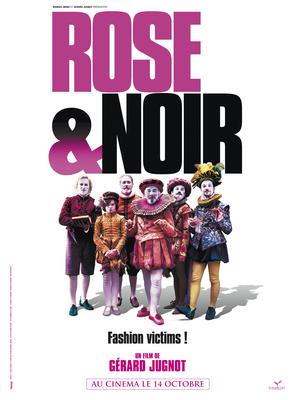