The only French person to participate at this event organized by the Toronto International Film Festival, Joan Chemla reflects on this powerful experience in the life of a young filmmaker. For 11 years, the Toronto International Film Festival has been organizing the Talent Lab, an intensive forum lasting a week allowing young international filmmakers to strengthen and deepen their relationship with cinema by confronting their experience with that of established and renowned film industry personalities.

Joan Chemla was the only French person selected this year and Unifrance gave support for her trip to attend the event. She now shares her experience with us.

"This year, I had the opportunity of participating in an outstanding 'summer school': the Toronto Talent Lab. Composed of 10 international filmmakers, chosen from 3000 candidates from around the world, and 10 Canadian filmmakers, the Talent Lab sharpens the skills and confidence of a new generation of filmmakers through group discussions focused on the artistic side of filmmaking.

The Governors guiding the Lab 2014 participants were Claire Denis, Jim Stark, Sandra Oh, and Ramin Bahrani. And guest speakers were many and exceptional.

The Talent Lab was full of unforgettable moments, the major one of which was probably the five-hour conversation with the great Mike Leigh. Mr. Leigh is an amazingly witty man, exuding irreverential charm, and his thinking is as sharp as a razor. He generously shared his working method based on philosophical and tangible groundings, and practical instructions.

Here is a sampler:

The prolific contribution of producer Jim Stark, who has produced Jim Jarmusch's films among others, led to an important question: 'What type of producer do you want to work with? Are you looking for a yes-man/woman who will just go out looking for financing and will leave you to do what you want, for better or for worse, or do you want a producer who will push you into developing a fascinating story and who will be more susceptible to telling you No from time to time, in the interest of making a great film?' It is a fundamental question that made many of us smile.

Darren Aronofsky also gave a class, moderated by Ramin Bahrani. After speaking about Black Swan, Aronofsky evoked the fragility of the relationship between a director and his/her actors, who are the 'most emotionally vulnerable people on the set.' I quote this New York director: 'Actors want to act - they live for it. But they've been damaged - by film directors of lesser importance than you. It is your duty to ensure that you allow these flowers to blossom.'

While on this subject, Juliette Binoche came to speak to us about the way in which she develops her art, of the courage required to find the truth in her roles, and her respect for directors. She evoked, in particular, her choice of working on debut or second features, a choice she bases on the director's worth and talent, rather than his/her experience.

All participants talked openly and frankly about their work, as well as their creative process. Irrespective of your level or status, cinema will always be a struggle. A clear message took shape: take up the challenge and continue to make films with passion, commitment, and authenticity.

Thanks to the TIFF, Helen Du Toit, Jim Stark, and Unifrance for having allowed me to participate in this unique experience." 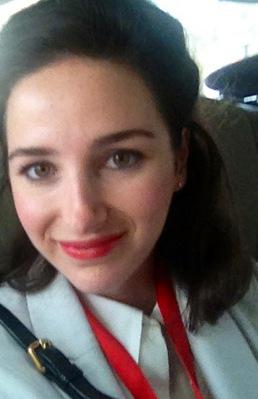