Philippe de Chauveron's film continues its world tour, currently in Asia, where it has been offered an ambitious release in 大韓民国.

After attracting close to 12 million moviegoers in France and around 3 million in ドイツ, Serial (Bad) Weddings continues its brilliant international career with its first opening in Asia. It has now hit theaters in 大韓民国, with its release managed by the distributor Bloomage Co., and is currently showing on 343 screens.

It is worth noting that Bloomage Co. also handled the distribution of The Intouchables, which was released on 543 screens in its opening week—although this should not detract from the confidence placed in the director Philippe de Chauveron, whose film pullled in 80,000 spectators on its first weekend. 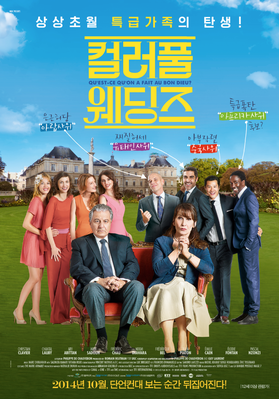