French cinema had a strong presence at the Mumbai Film Festival, India's most important film festival, which threw a particular spotlight on the young French actor Martin Loizillon.

The 16th Mumbai Film Festival finished on October 21, 2014 on an optimistic note, with promises from many members of the Indian film industry to continue to support the festival after a critical moment when the 2014 edition was almost cancelled due to a lack of finance.

The International Competition Jury, composed of Peter Webber, Ritesh Batra, Ron Mann, and Ian Birnie, awarded its top prize for Best Film to Court by Chaitanya Tamhane, and the Best Actor award to Martin Loizillon for his performance in Fever by Raphaël Neal, in the presence of Neal, and the film's producer Jean-Philippe Rouxel.

The French presence, orchestrated by Unifrance and the Institut Français, comprised twenty films spread across the different sections, including "Rendez-Vous with French Cinema," which UniFrance has been co-organizing with the MFF for 4 years now. Around 20,000 people flocked to the sessions of French films. The artistic delegation, Raphaël Neal, Jean-Philippe Rouxel (Fever), Indika Udugampola (The Night Is Still Young), Thomas Cailley (Love at First Fight, Pierre Salvadori and Philippe Martin (In the Courtyard), was presided over by Catherine Deneuve, whom the MFF honored with a Lifetime Achievement Award during the opening ceremony.

Catherine Deneuve also presented In the Courtyard by Pierre Salvadori as the opening gala to the Rendez-Vous with French Cinema, and gave a masterclass, moderated by Indian actress Deepika Padukone and film critic Anupama Chopra. A selection of a few films chosen by Deneuve from among her key works was also presented to the Mumbai public.

Alongside the festival, UniFrance co-organized with the MFF and the Franco-Indian company La Fabrique Films, a mini-market of French film remakes, to present to Indian producers a selection of French titles likely to be acquired for the Indian market, in the presence of producers Alexandre de la Porte (UGC), Patrick Sobelman (Agat Films & Cie), and Philippe Martin (Les Films Pelléas).

In the photo, from left to right: Thomas Cailley, Jean-Philippe Rouxel, Raphaël Neal, Philippe Martin, Pierre Salvadori & Catherine Deneuve, October 15, 2014 for the opening of the Rendez-Vous with French Cinema. 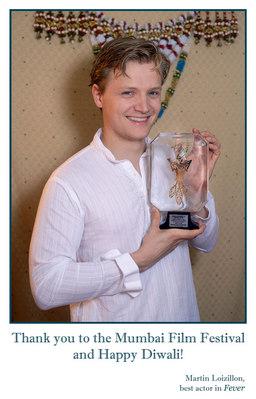 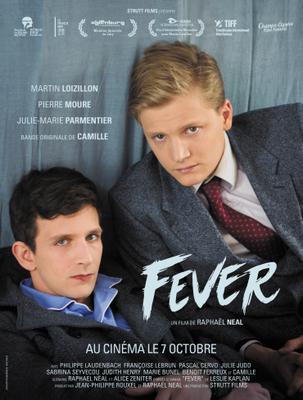 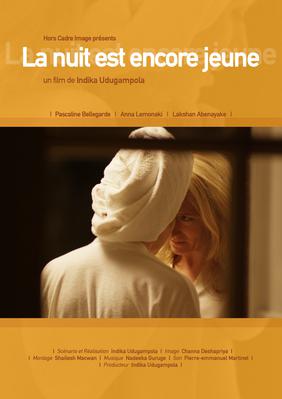 The Night Is Still Young

最近のフィルモグラフィー : The Imaginary Doctor, Battle of the Classes, , ...