The 4th Rendezvous with French Cinema in Singapore will be an opportunity to once again celebrate the talents of Juliette Binoche, who is currently traveling the world to promote Clouds of Sils Maria.

The 4th Rendezvous with French Cinema in Singapore will take place from November 28 through December 7, 2014. This event will showcase 16 French films, including a host of premieres, such as Clouds of Sils Maria by Olivier Assayas, which will be screened in the presence of Juliette Binoche. Ms. Binoche will also be honored at the event with a retrospective of her films and will meet with audiences on December 6 for the presentation of the documentary Juliette Binoche dans les yeux (Juliette Binoche Before Your Eyes) directed by Marion Stalens.

It is also worth noting the presence of Philippe de Chauveron, Émilie Caen, and Medi Sadoun at the event to present Serial (Bad) Weddings—which will be screened as opening film—along with Audrey Dana for French Women and Nils Tavernier for De toutes nos forces. Screenings will be held at the Cathay Cineplex, the Shaw Theaters Lido, and the Alliance Française.

To coincide with the event, lectures are to be held at the Putnam School of Film-Lasalle College of the Arts, while the Alliance Française in Singapore will host a photographic exhibition entitled "Inside Cannes," which presents a selection of the finest photographs documenting the history of the Cannes Film Festival.

For all information about the event: www.rendezvouswithfrenchcinema.sg 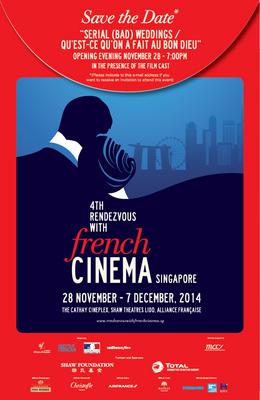 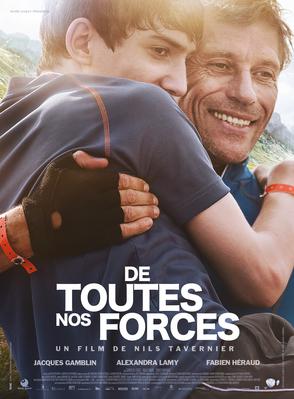 Rendezvous with French Cinema in Singapore - 2014