Released October 21, “5x2” has got off to a flying start in Germany and shows good staying power. On its second weekend, the film sat at 13th place at the box office, despite a not overly ambitious 67-print release, with admissions down only 19% compared to its opening week. Another point in its favor is that the film boasts a very good per-print average, with 347 spectators per print registered on its second weekend, the fourth best score for that week.

Meanwhile, “Chorists” is still going strong across the Rhine. After garnering close to 31,000 admissions last weekend, the second feature by Christophe Barratier now posts box office receipts valued at €3.97 million since its release September 2 by Constantin Film, with a total of just under 666,000 admissions. 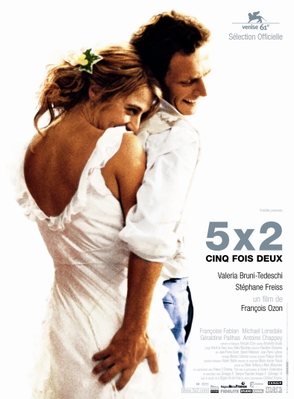