エール! was presented as opening film on June 26 at the French Film Festival in Japan organized by Unifrance, which has just been held in Tokyo in the presence of French movie personalities including Éric Lartigau and Louane Emera.

This award is good news for the film by Éric Lartigau, which continues its highly successful international run (around 3 million admissions registered abroad to date) after a triumphant performance on screens in France. It is scheduled for release in 日本 on October 31, with its distribution handled by the Japanese operator The Klockworx Co Ltd.

The film's screening, which was held at the Yurakucho Asahi Hall in Tokyo to rousing applause, was followed by a meeting with audiences hosted by Isabelle Giordano, executive director of Unifrance, at which Eric Lartigau and his lead actress answered numerous questions from local moviegoers. This Q & A session featured a highly emotional exchange between Louane and hearing-impaired spectators in sign language.

A few days earlier, on June 24, Louane Emera was in Seoul with UniFrance films to take part in the promotion エール!'s release in 大韓民国.

Eric Lartigau is currently in Kyoto to present his film and complete his mini-tour of Japan. 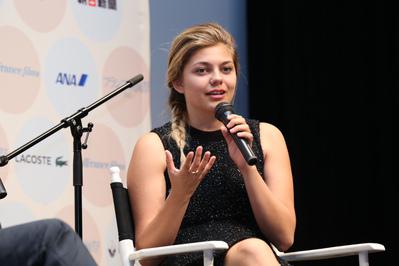 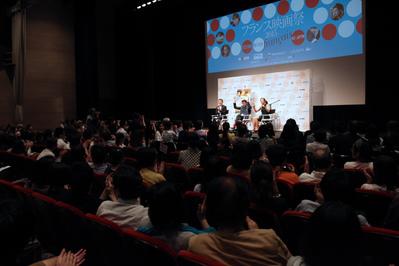