French interactive works out in force in Leipzig

Created in 1955, the DOK Leipzig Festival is a key international event for documentaries and animated films. In recent years, this German event, which celebrated its 60th anniversary last year, has also become a reference point for transmedia works.

Currently underway, the 2016 festival is being held from November 1 through 6. While French films maintain a strong presence in the event's traditional sections, French productions account for one half of all films in the Interactive Competition section this year.

Among these titles, two short films deserve a special mention. A work that attracted notice at Sundance, Tribeca, and San Francisco, Notes on Blindness uses virtual reality to immerse viewers in the emotional experiences of a blind man whose other senses are exceptionally advanced to give him an understanding of the world around him. It offers an innovative, unsettling, and poetic experience of sightlessness.

In another vein altogether, ファライナ (photo) tells the story of a young girl who has a genetic anomaly that allows her to hold her breath under water for a long time. Produced by Small Bang and France TV Nouvelles Écritures, this work by Marietta Ren offers a subtle blend of intimacy, science, and mythology. Sitting at the crossroads of cinema and graphic novels, the hybrid nature of Phallaina has led it to be dubbed a "scrolling graphic novel".

These two immersive works offer a taste of the diversity and wide potential that is yet to be explored in these forms of creative expression.

These experiences are available free of charge on the following platforms: 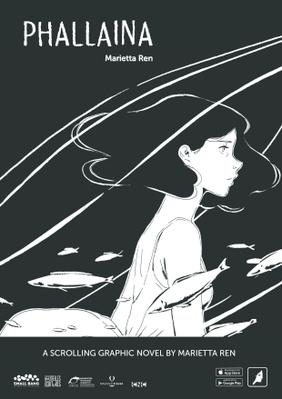