On January 19, during the official opening of the 20th Rendez-Vous with French Cinema event in Paris, UniFrance presented a French Cinema Award to Juliette Binoche at the French Ministry of Culture. The award was handed to the actress by French Culture Minister Françoise Nyssen in the presence of a large number of movie industry professionals.

Juliette Binoche was in the spotlight in the international movie scene in 2017 with the release of Bright Sunshine In by Claire Denis (sold to 42 countries). She was an active ambassador for French cinema in 2017, a role that she has undertaken with passionate commitment since the early days of her acting career, which brought her international acclaim in 1997 when she won the Oscar for Best Supporting Actress for her performance in The English Patient. The actress has just completed work on new films by Claire Denis (ハイ・ライフ) and Olivier Assayas (Non-Fiction), and will soon be in production for Naomi Kawase's latest film, Vision.

Created by UniFrance in 2016 , the French Cinema Award, which was redesigned in 2018 by the Maison Daum,* honors an outstanding figure in the international movie industry who has contributed to raising the profile of French cinema around the world. With this latest French Cinema Award, UniFrance celebrates the dedication shown by Juliette Binoche in supporting her films and their international distributors. The award was handed to Ms. Binoche by the French Culture Minister Françoise Nyssen in the presence of UniFrance president Serge Toubiana, our executive director Isabelle Giordano, and representatives from the French movie sector, including Frédérique Bredin (president of CNC), Jean-Paul Rappeneau, Claire Denis and Danièle Thompson.

*Art is an expression of emotions, a universal language. It is, indeed, "meant to disturb," according to Braque. The vision of the Maison Daum is about awakening a reminiscence of ancestral art; it also expresses an abiding connection with the art scene, through over 400 collaborations with artists over the years (such as with Armand, Braque, Dali, Mesnager, and Kongo, among others). To celebrate its 140th anniversary, the Maison Daum wishes, through the French Cinema Award, to shine a light on a magical work representing the wings of a white crystal angel, created by Jean Lamore, which serves as a veritable symbol of the pure emotion of esthetic pleasure. 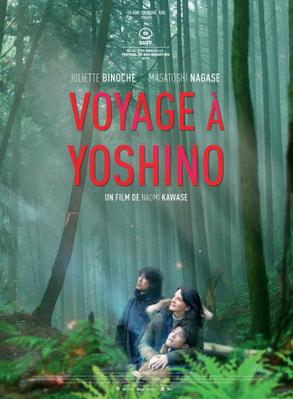 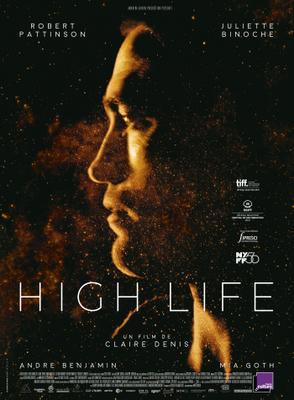