The two French actors picked up the top acting awards for their roles in "The Piano Teacher" by Michael Haneke, who also won the Grand Jury Prize for the film. The Palme d'Or went to "The Son's Room" by Italian filmmaker Nanni Moretti.
Austrian director Michael Haneke's film "The Piano Teacher", coproduced by Marin Karmitz and Alain Sarde, has brought in the top acting awards at the Cannes Festival for its two stars, Isabelle Huppert (who won the same award in 1978) and Benoît Magimel. Michael Haneke was also honored with the Grand Jury Prize for the film.
The Palme d'Or went to Nanni Moretti for his film "The Son's Room", which was also coproduced by France (Bac Films and StudioCanal).
Bosnian Danis Tanovic won the award for Best Screenplay for his film "No Man's Land", another French production (Noé Productions).
The award for Best Director went jointly to two American filmmakers, David Lynch for "Mulholland Drive" and Joel Cohen for "The Man Who Wasn't There".
The prize of the Un Certain Regard Jury – presided by Ariane Ascaride – was awarded to Yves Caumon for his film "Un Amour d'enfance", starring Mathieu Amalric. 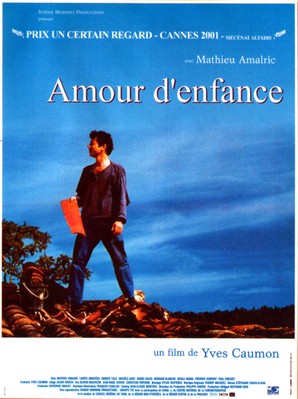