With the death of Humbert Balsan, Unifrance loses one of its most endearing ambassadors

All at Unifrance were deeply shocked to learn of the tragic death of one of its members, the producer Humbert Balsan, on February 10, 2005, just hours before the official opening of the 55th Berlin International Film Festival.

Humbert Balsan, who was actively involved in the work of Unifrance, "made his mark on French film production over the past twenty years through his staunch defense of auteur filmmaking, his extraordinary instinct that drove him to move mountains so that films could be made and his passion for all national film industries; as he accompanied Sandrine Veysset's first forays into filmmaking, introduced us to the talents of Palestinian director Elia Suleiman and gave unfailing support to the work of Youssef Chahine.
Humbert Balsan, whose two most recent audience successes, "Quand la mer monte..." and "Le Grand Voyage," had only just launched their international careers, was one of France's producers most committed to the mission of Unifrance, aware of the vital importance for French cinema to continually win over new audiences outside its own borders. His good humor, his enthusiasm for the cinema and his elegance and style won the hearts of all those he came in contact with. We, at Unifrance, were also touched by his charm. We have lost one of the most original voices of independent French cinema, and his enthusiastic curiosity will be sorely missed. In the name of all the producers, artists and exporters who are part of Unifrance, we would like to express to his wife and two children our great sadness and deepest sympathy. Humbert Balsan leaves behind him some fifty films, which express, as he did, a generosity of spirit and a great humanity. We will miss him." 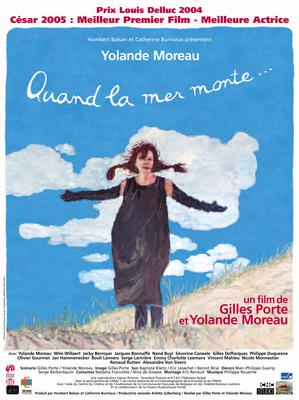