Amelie in the Oscars lineup

“Amelie from Montmartre” has been chosen to represent France at the 74th Academy Awards ceremony that will take place in Hollywood on March 24, 2002.

The commission responsible for selecting the French film for the Oscars in the foreign-language category has fallen under Amelie’s spell. The commission, composed of Daniel Toscan du Plantier, Margaret Menegoz, Alain Terzian, Thierry Frémaux and Frédéric Mitterrand, reached its decision last Wednesday when it got together at the Centre National de la Cinématography (CNC). Jean-Pierre Jeunet’s “Amelie from Montmartre” was chosen from among 37 French features. A print will now be sent to the Academy of Motion Picture Arts and Sciences, but the final list of the five films nominated for the foreign-language Oscar won’t be released until February 12, 2002.

Released in France on April 23, 2001, the film swept away French audiences; 7.7 million moviegoers have seen it so far on the domestic circuit. This fabulous success has spread abroad: Germany, the United Kingdom, Switzerland, Belgium, Spain, Quebec… they have all succumbed to the Montmartre girl’s charms. The film’s popularity with audiences has also been equaled by the industry’s passion for it and the film has already carried off a clutch of awards at international film festivals. Another factor working in its favor for Oscar success is its USA release on November 2. If the Americans embrace Amelie the way Europeans have, this cannot but help to influence the votes!

It should be noted that the last French film to win the Oscar for Best Foreign Language Film was “Indochina” by Régis Warnier, starring Catherine Deneuve, in 1993. 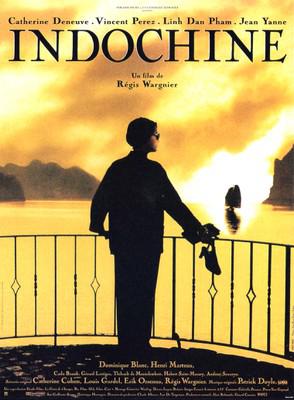