"I’ll Wait for the Next One" ("J’attendrai le suivant") by Philippe Orreindy, produced by La Boîte, is in the running for the famous statuette for Best Short Film (Live Action). Since its release on the festival circuit, the film has met with phenomenal success with audiences, and has already won awards at numerous events both in France and abroad, notably at Montreal, Bucharest, Drama, Sao Paulo and Valladolid.

Jacques Perrin, Jacques Cluzeaud and Michel Debats also have good reason to be in high spirits, since "Winged Migration" (aka "The Travelling Birds"), which won a Cesar in 2002, is competing in the Best Documentary Feature category.

We’ll have to wait until March 23 for the winners to be revealed, on the occasion of the 75th Annual Academy Awards ceremony, to be held at the Kodak Theater in Hollywood. 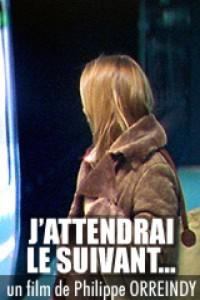