Gérard Krawczyk was in Moscow to present his new film L’Auberge Rouge (The Red Inn).

To coincide with the press launch of the French Film Festival in Russia on November 16, Gérard Krawczyk and his producer Hervé Truffaut were in Moscow to present a preview screening of their latest film L'Auberge Rouge (The Red Inn).

Over 1,000 spectators flocked to the film’s screening, which was held simultaneously in six cinemas. This marks the first time that Russia has hosted a world preview screening.
Unifrance joined forces in hosting this event with the distributor Luxor Entertainment and the French Embassy in Moscow.
Gérard Krawczyk enjoys a large fan following in Russia thanks to the excellent audience response to the Taxi series (2 .5 million admissions registered to Taxi 4 since its release last spring).
The French Film Festival in Russia will run from December 3 through 9 in the cities of Kaliningrad and Rostov-on-Don. 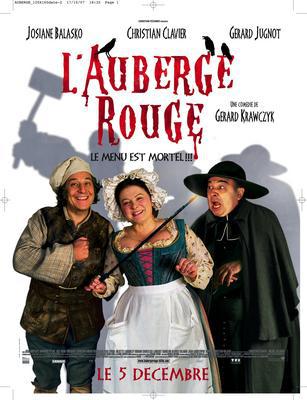