300 French and German industry professionals gathered together for the 2008 Franco-German Film Meetings in Hamburg in November.

A positive evaluation of the development of co-productions
Discussions devoted to co-productions between France and Germany provided a detailed overview of the advancements achieved since the introduction in 2001 of a new Co-production Agreement and a Co-production Mini-Treaty (a funding scheme providing €3 million financed by France and Germany).
It was observed that the number of co-productions has increased significantly in this time, rising from 4 films in 2001 to 17 in 2007. Confirmed by preliminary figures for 2008, this upturn appears to be well-established, with Germany now standing out as one of France’s most active co-production partners, despite fundamental differences between the functioning of these two film industries (one of which follows a federal structure, the other a centralized structure, which are, on one side based on economic spin-offs and on the other reliant on more cultural and linguistic criteria).

Discussions also provided a number of explanations for these developments, including the implementation of the Mini-Treaty, political initiatives made by Germany, the creation of the DFFF film fund (Deutscher FilmFörderFond), a Workshop/Master Class and the Film Meetings, the growing strength of German producers, and the recent success of German films in France.

A new law governing film financing in Germany (FFG) which will come into effect January 1st, 2009, will make it possible, on the German side, for films to be co-produced with a 10% participation, thus lowering the minimum previously set at 20%, a threshold that has proved difficult to satisfy in the minority production country. A move that has been discussed for some time, this new change is viewed by many professionals from both countries as essential for future progress.

Moreover, the CNC and its German counterpart, the FFA, discussed the most recent technical terms involved in the establishment of a film development assistance program aimed at up-and-coming directors and producers. €300,000 from the Mini-Treaty will be assigned to support this initiative, with a maximum sum of €50,000 to be provided per project.

VoD rights: future challenges
A lively debate was held on the issue of Video On Demand rights, which served to provide an update on the latest legal developments and, in particular, to gain an understanding of the practices and dynamics of both telecommunications groups and independent platforms. While the motivations of these two groups are different, they both place a focus on content at the center of their strategies. For telecommunications groups, this content is necessary to the growth of resources in anticipation of future investment (such as in fiber optics and sufficiently powerful providers for future supply requirements).

Initiatives to build contacts
Now in its 4th year, the annual pitching session gave 10 French and German producers the chance to present their film projects to potential co-production partners. Both veteran producers and newcomers presented their projects, including several with a decisively Franco-German flavor and others with a more international reach. Contacts made at this event were pursued at the "Dating-Café” held after the pitching session.

The Up and Coming Stars initiative, launched in 2006 in Munich, held its third Franco-German edition, with Christophe Barratier and Jan Schütte as this year’s patrons. These two directors presented 14 young French and German actors interested in taking part in films in the partner country to participants at the event.

Luncheons and dinner events brought an informal ambiance to this event, allowing professionals to make new contacts and to develop contacts with professionals initiated right from the first Franco-German Film Meetings held in Lyon in 2003.

Participants also had the opportunity to visit the Hamburg film studio and potential shooting locations at the city’s portside area.

Organized by Unifrance and German Films as part of a unique cooperation agreement between two national film promotion agencies, the Franco-German Film Meetings will be returning to France for their 2009 event. 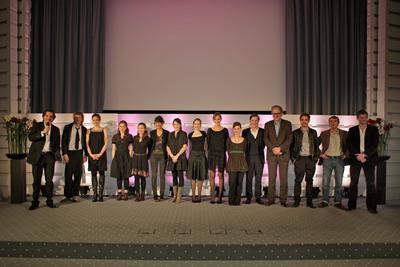 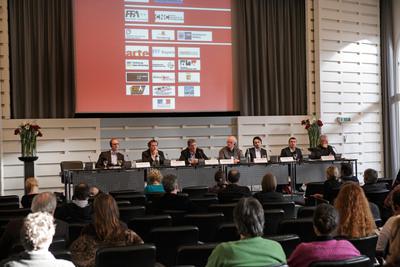