UBIFRANCE joins forces with the CNC to boost support for the promotion of French film and audiovisual production in international markets.

These partnerships, initiated by Anne-Marie Idrac, Secretary of State for Foreign Trade, and the CNC, will bring increased funding support to the industry, as well as added advisory services, and a support facility for businesses working in the production and promotion of French film and television projects.

Today at midday at the Grand Hôtel Intercontinental in Paris, the partnership agreements for the international promotion of French film and audiovisual productions will be signed by Christophe Lecourtier, General Director of Ubifrance, Véronique Cayla, General Director of the CNC, Margareth Menegoz, President of Unifrance, and Jean-Louis Guillaud, President of TVFI. This signing ceremony will be held under the patronage of Anne-Marie IDRAC, Secretary of State for Foreign Trade.

These partnership agreements cover a number of support mechanisms for the business sector.
-A campaign to increase awareness of government support to foreign trade among businesses in the film and audiovisual sector.
-Financial support provided by UBIFRANCE for the promotion of international operations by producers and exporters of French films and television programs undertaken through the international operations of UNIFRANCE and TVFI.
-A closer association between the operations of UBIFRANCE, UNIFRANCE, and TVFI.
-A focus on the sectorial expertise of economic projects undertaken by UBIFRANCE to aid businesses in the film and television sector.

UBIFRANCE is the French agency for international business development.

The CNC (Centre National de la Cinématographie) is a public administrative organization whose missions include supporting the development and financing of film and audiovisual production.

UNIFRANCE is an association founded under the French 1901 Act, operating under the supervision of the CNC, dedicated to promoting French films in international markets.

TVFI - TV France International is an association of industry professionals operating under the supervision of the CNC, in charge of the international promotion of French television programs. 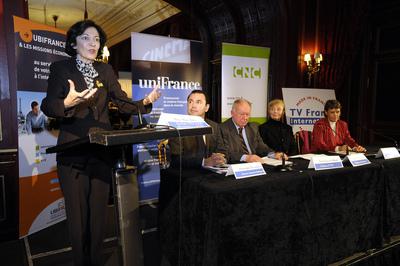 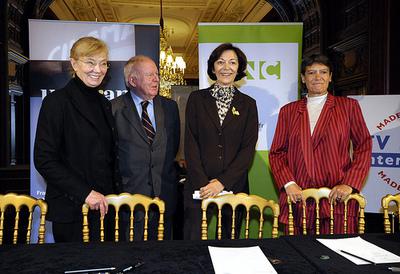