Jean-Paul Salomé and Sophie Marceau are currently in China to promote the film. They have had meetings with the media in Beijing and Shanghai, cities at which the film has already been presented in preview screenings. In Beijing, they also met with audiences at two cinemas where moviegoers were treated to sneak previews of the film.

While French films are usually only released on less than 100 prints in China, Les Femmes de l’ombre has been offered a massive launch worthy of a Hollywood blockbuster, with 1,000-prints released, including 700 digital prints. This is the first time that a French film has been released with over subtitled 100 prints, breaking with the traditional practice of only distributing dubbed versions of films.

Since the start of 2009, French films have been doing themselves proud in a market considered difficult to penetrate, for political and economic reasons, and due to the current economic climate. This market nonetheless shows promise for French fare, with the mid-February release of Transporter 3 registering 2.4 million admissions to date. Another success story, Les Deux Mondes, hit the screens early March, and has crossed the million spectators threshold.

China Film Corporation, the distributor of Les Femmes de l’ombre, expressed their thanks to Sophie Marceau and Jean Paul Salomé for having traveled to the country at a press conference in Beijing. They are quoted as saying, "This film will appeal to Chinese audiences, and we expect results as high as those for the French films released earlier in the year.”

Hundreds of fans awaited Sophie Marceau in Beijing and Shanghai at the entrance of the Wanda cinema and the Film Arts Center. Before leaving Shanghai, Jean Paul Salomé took time to thank audiences, “…for having chosen to see the film at the cinema instead of staying home to watch a pirated DVD. We make films so that they can be seen in beautiful theaters like this one. Thank you.” Sophie Marceau also expressed her thanks, "…to Chinese audiences for their loyalty, to the film’s distributor for taking a risk to release this fine film about women and war, as well as to Unifrance for supporting the release of the film in China.” 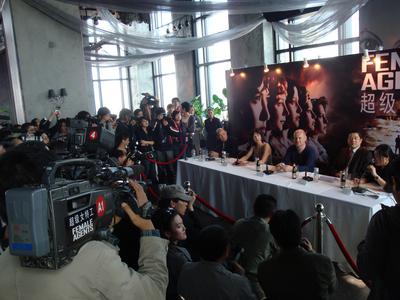 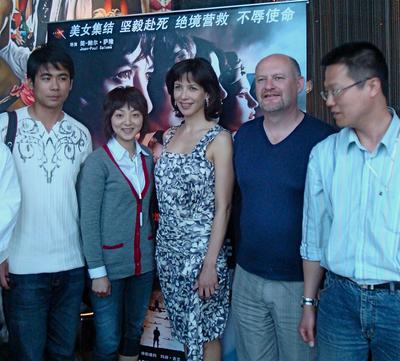