Great Expectations for OSS 117 – Rio ne répond plus in Quebec

OSS 117’s release has been eagerly awaited by the media and audiences alike in the wake of its highly successful first episode, which was released late July 2006 and attracted 210,000 spectators.

The film is considered by the media as one of the biggest releases this summer, with several months of publicity leading up to its launch date. These promotional efforts include the film’s presentation at the Ciné-Quebec Convention (an event that brought together all members of the movie industry), as well as teasers screened in numerous theaters.

Its distributor TVA Films is part of Quebec’s largest media group (along with Le Journal de Montréal, 24 Heures, Le Journal de Québec, Archambault, and others). The film benefited from support from each of the group’s divisions, which offered both publicity and press articles.

Directed by Michel Hazanavicius, OSS 117 – Lost in Rio also opened the Just For Laughs Film Festival, the most popular cultural event in Quebec. Lead actor Jean Dujardin joined the director in Quebec to promote the film.

Even if the film attracts as many moviegoers as the first episode in Quebec, it will oust the current French champion in this territory, Bienvenue chez les Cht’is (Welcome to the Sticks), which clocked up 200,000 admissions last year. 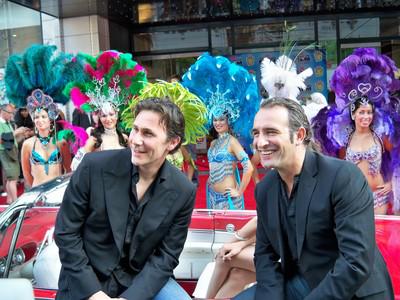 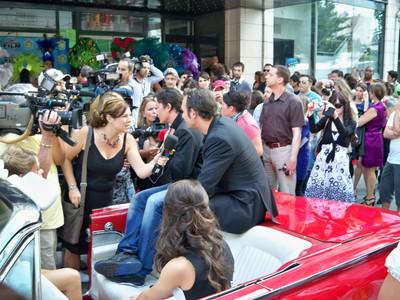 最近のフィルモグラフィー : Belle and Sebastian - Next Generation, Dancing On, Finally Retired!, ...