On Set with Juliette Binoche in New York

Unifrance is delighted to present our latest On Set with French Cinema program with Juliette Binoche: An upfront and close conversation with the French actress.

Born in Paris, Juliette Binoche studied acting at the National School of Dramatic Arts in Paris, and following graduation she became a stage actress, occasionally taking small parts in French feature films. She first earned recognition in 1985 in Jean-Luc Godard’s controversial Hail Mary (Je vous salue, Marie). Her reputation as a French film star was further confirmed by her acclaimed performance in André Téchiné’s Rendez-Vous.
Her international breakthrough came in1988 when she played Tereza in Philip Kaufman’s The Unbearable Lightness of Being which was followed by another lead role in The Lovers on the Bridge by Léos Carax (1991).
From 1992, other films that brought the actress a wider audience include Louis Malle’s Damage, in which she starred opposite Jeremy Irons, and Krzysztof Kieslowski’s Blue (she also appeared briefly in the trilogy’s other installments, Red and White).
Juliette Binoche returned in 1995 with The Horseman on the Roof. She was awarded an Oscar for Best Supporting Actress for her role in Anthony Minghella’s The English Patient.
In 2000, she starred in Chocolat and was then nominated for Best Actress awards across the globe. She followed this with Code Unknown (Code Inconnu), Michael Haneke’s film, and again worked with the same director on Hidden (Caché) in 2005.
Other recent films include Abel Ferrara’s Mary opposite Matthew Modine and Forest Whitaker (2005), Anthony Minghella’s Breaking and Entering opposite Jude Law (2006), and Hou Hsao Hsien’s Flight of the Red Balloon (Le Voyage du Ballon Rouge). She then performed in Summer Hours, directed by Olivier Assayas. Her most recently completed film is Paris, directed by Cédric Klapisch (the film will open on September 18). Juliette Binoche is currently performing in In-I, a new visceral dance-theater work at BAM until September 26.

Hosted by Unifrance since 2003 in the United States, Russia, Australia, India, Mexico, Israel, and Germany, the On Set with French Cinema programs have successfully brought together more than 30 French leading directors with aspiring American filmmakers. Through a series of lectures and screenings, directors are able to share their experiences with undergraduate-level and graduate-level students in an intimate setting, mixing, and enriching anecdotal material with practical advice. Juliette Binoche will be the first actress to participate to the “On Set with French Cinema” series. 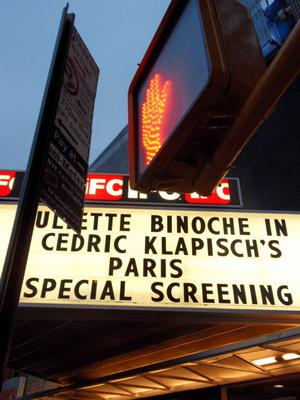 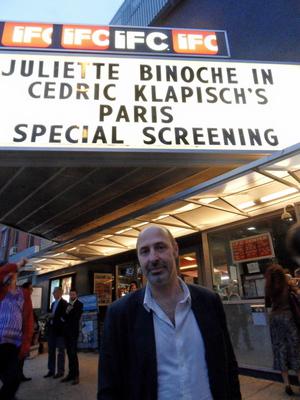 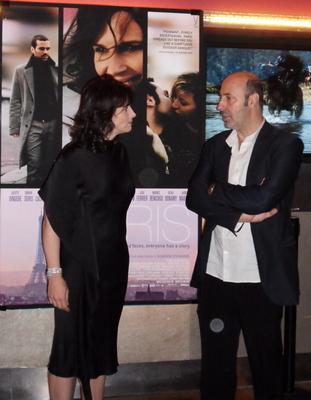 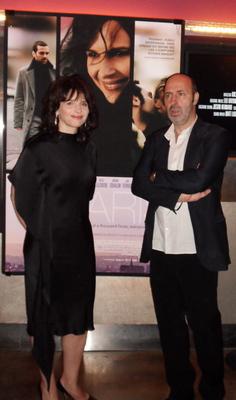