Philippe Lioret talks about his trip to Australia

I'd known about it for ages: at the end of March, a week in Australia for the release of Welcome. "Lucky devil!" everyone told me.

Sure, except that I've got a film to write. So, the 50 hours in a plane, the jetlag, the interminable interviews, the unavoidable Q&A's, I could do without it.

And then, chaperoned by Delphine Martin from Unifrance, with her beaming smile, I arrive in Australia, head a little upside down - mine, not Delphine's... And I quickly discover just what an important deal this is: a concerned, commited distributor, who doesn't hesitate to spend whatever's necessary to ensure that the film is promoted in the right way. Caring and highly professional journalists: television, radio, weeklies and dailies, everyone seems interested in the film. If they know about the film it's because of the French Film Festival, which packs in the crowds, under the aegis of the Alliance Française, helmed by Jean-Jacques Garnier, who's on the bridge from dawn to dusk, and all through the night.

Sydney, Melbourne, the same welcome... finally I regret that I'm not also involved in the promotional campaign in Brisbane and Perth... the work my distributor's putting into all this would have truly warranted it.

Maybe the next time... 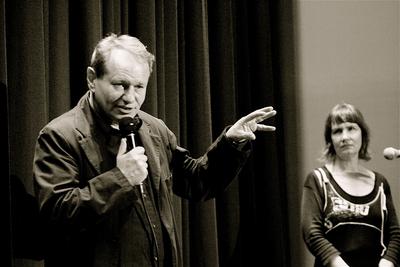 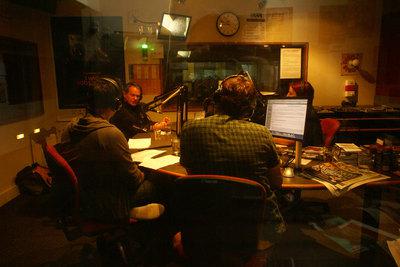