The 1st Vietnam International Film Festival will take place in Hanoi from October 17 through 21, 2010, coinciding with celebrations marking the 1000th anniversary of Thang Long-Hanoi.

The Vietnamese Minister for Culture, Sport, and Tourism, together with the Vietnam Film Department and Vietnam Media Corporation, took advantage of the Cannes Film Festival to announce the launch of the first Vietnam International Film Festival (VNIFF).

This festival will showcase a program of around 60 films, presented in seven sections: Competition, Shorts and Documentaries, World Cinema Today, Vietnamese Cinema Today, Country in Focus, Surprising, and Tributes. Eight prizes will be awarded in the following categories: Best Film, Best Short Film, Best Documentary, Best Director, Best Actress, Best Actor, the Netpac Prize, and the Media Award.
The VNIFF offers a unique opportunity for directors and movie industry professionals to generate new interest in Vietnamese culture and history. The festival will not only present new films by talented directors, particularly those from South-East Asia, but will also throw the spotlight on film culture, encouraging active interaction with the public to rekindle an interest in movie-going in Vietnam, where attendance is currently on the rise.
As this is the very first International Film Festival organized in Vietnam, the VNIFF wishes to take this opportunity to promote cultural exchange, stimulate cooperation between local and international filmmakers, and to take an active role in the growth of one of the region's emerging theatrical markets.

During the 63rd Cannes Film Festival, the VNIFF's director, Mr. Lai Van Sinh, Head of the Vietnam Film Department, held a press conference at which he announced:
- Strong support provided to the event by Unifrance and the French Embassy in Hanoi, who will highlight the presence of French films in one of the festival sections at the upcoming event.
- The signature of a Memorandum of Agreement and Cooperation between the Pusan International Film Festival (PIFF) and the Vietnam International Film Festival (VNIFF).
- The participation of sponsors through prizes awarded to films and directors at the festival: 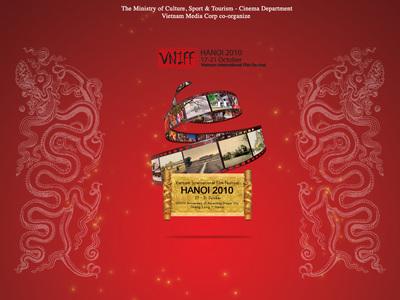