17 feature films were selected in the Official Competition at the Moscow - International Film Festival - 2010, including one French production, It begins with the end by Michaël Cohen. エマニュエル べアール, who played the lead role in the film, was not voted Best Actress by the festival jury led by Luc Besson, but instead received the Special Award for "outstanding achievement in the career of acting and devotion to the principles of Stanislavsky's School." Since its creation in 2001, this award has been presented to five French actors, including Fanny Ardant (2003), Jeanne Moreau (2005), ジェラール ドバルデュー (2006), Isabelle Huppert (2008), and now Emmanuelle Béart. 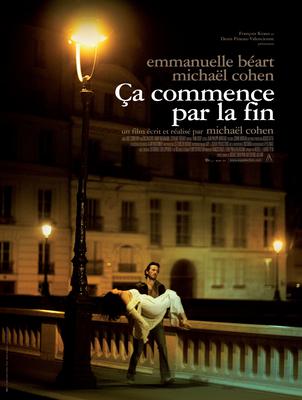 It begins with the end