The Locarno International Film Festival, through the eyes of Cédric Anger

Cédric Anger's film The Counsel was presented on the Piazza Grande at Locarno last month. The director shares his impressions of the festival with us.

"Locarno is fabulous! It's the next festival I want to do," Xavier Beauvois had told me. Everyone around me seemed to agree. The actors were into the idea, as was the producer. So, as soon as our film's selection was announced, we all organized our summer holidays around the screening on the Piazza Grande. The festival organizers were kind enough to invite us "en masse" to attend the event. So there we were, Benoit Magimel, Gilbert Melki, Thomas Klotz, and myself, en route for Locarno. As an aside, I am not afraid of airplanes. Particularly considering the fact that this flight was just over an hour. Unless, of course, the man next to me doses himself with so many tranquilizers that he could raise share prices single-handedly. The anxious, nameless man started up a conversation with me, so I reached for my newspapers and dove into reading an article about offshore oil rigs. I don't want to be ill-mannered, but nothing is more contagious than fear in an airplane. End of aside.

Locarno is a festival for cinema lovers, and this year its new director Olivier Père put together a rich and diverse selection of films. Of course, those expecting to see Hot Ninjas Chasing Free Gifts will have reason to find fault with it, but film enthusiasts had the chance to see the latest offerings from Christophe Honoré and Benoit Jacquot, the works of Bruce LaBruce, Philippe Parreno, a Zombie film, not to mention run into John C. Reilly or the amazing Eric Khoo. And, last but not least, audiences had the opportunity to revisit Lubitsch films, since the festival had the bright idea of bringing back major retrospectives to its program. Time was too short for us to take full advantage of the festival line-up. While the festival is highly enjoyable and set in an ideal location, Locarno is not an event for holiday-makers, and our days were packed with interviews with the Swiss media, Italian media, Swiss-Italian media, international, and national media. The Unifrance team, along with French and Swiss distributors, wisely held these various meetings in different locations at our hotel, so all we had to do was allow ourselves to be guided from one place to another, from the entrance to the terrace, crossing vast corridors and wondering if it was the same zip code on both sides of the building. What's more, in Locarno, you eat like a king. That may seem secondary, but who would rather share a packet of corn chips on the sidewalk for five minutes?

At last came the screening. The Piazza Grande. Between 6,000 and 8,000 spectators. Did we need to speak to each one of them? A large crowd, a sea of spectators stretched before us. We couldn't see the road, the café terraces, restaurants, or the Piazza anymore. The hubbub of loud chatter rising and falling was suddenly broken by the sound of the festival music, and silence reigned. Olivier Père welcomes us, we walk onto the stage. Our faces can be seen on the largest screen in Europe. We must not look back, or we'd risk certain paralysis. The film starts rolling. It's a one-off screening at a massive-scale drive-in. The film will not be screened like this anywhere else. Obviously, we watched it, which you don't always do at film festivals. In most cases, you leave the theater to wait in a bar before the Q&A sessions begin. 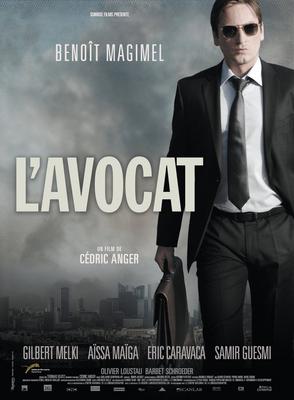