Unifrance returns to Vietnam with the Focus France event

Unifrance will be back in Vietnam from October 17 through 21 to host the Focus France event held during the 2010 Vietnam International Film Festival (VNIFF).

Two French cinematographers, François Catonné and Matthieu Poirot-Delpech, will also take part in the festival as jury members in the Asian Film and Documentary competitions.
Unifrance and Canal+ Overseas, via the K+ bouquet in Vietnam, have teamed up to offer an Audience Prize valued at $10,000, which will be presented to the Vietnamese distributor who acquires the commercial distribution rights for a French film presented at the Focus France event.

The first International Film Festival to be held in Vietnam, the VNIFF aims to promote cultural exchange, develop opportunities for cooperation between local, regional, and international filmmakers, and contribute to the expansion of one of this region's emerging theatrical markets.
For further information about the festival: http://vniff.com

ベトナム has a population of 86 million, two thirds of whom are under the age of thirty. In this country that is currently enjoying a major economic boom, movie-going has, over recent years, become the preferred leisure activity of the Vietnamese, an activity that appeals to all generations.
Between 1998 and 2008, the number of movie theaters meeting international standards rose from zero to over 100 screens. Attendance figures are on a constant rise, reaching 4.7 million admissions in 2009.

Over the past five years, coinciding with the first acquisitions of French films, Unifrance and the French Embassy have joined forces to stimulate the distribution of French films in Vietnam.
Now, in 2010, Vietnam's three major distributors (Galaxy Studio, MegaStar Media, and BHD Co. Ltd.) have strengthened their involvement with French cinema.
BHD has thus scheduled the release of Arthur and the War of the Two Worlds for late October, in the wake of the Film Festival, at which the film was presented as opening film.
Furthermore, increasing numbers of Asian distributors add Vietnam to their list of territories for which they acquire French film rights. This was the case for Oceans, which was acquired by IPA Asia Pacific and which is set to be released in Vietnam by Galaxy. 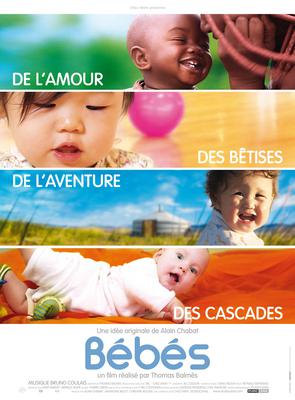 最近のフィルモグラフィー : Superwho?, Chickenhare and the Hamster of Darkness, Labor Day, ...