With 77 productions showcased at the event, French films will be one of the main attractions at the 2010 São Paulo International Film Festival.

Among the most eagerly-anticipated French productions presented at the festival are On Tour by Mathieu Almaric, Carlos by Olivier Assayas, Gainsbourg by Joan Sfar, Outside the Law by Rachid Bouchareb, and the co-productions Certified Copy by Abbas Kiarostami, Uncle Boonmee Who Can Recall His Past Lives by Apichatpong Weerasethakul, and The Strange Case of Angelica by Manoel de Oliveira (screened as festival opener).

French guests at the event include the director Serge Avédikian, who is the subject of a tribute organized with support from Unifrance, featuring twelve of his films. F.J. Ossang will also be honored with a retrospective of his films. Simone Lainé, a special guest of the French Consulate in São Paulo, will present his film Michel Ciment, the Art of Sharing Movies. The celebrated Franco-Israeli filmmaker Amos Gitai will present his latest film, Roses à crédit, while the Chad filmmaker Mahamat-Saleh Haroun will present the French co-production A Screaming Man, which won the Jury Prize at this year's Cannes Film Festival.

Michel Ciment and Serge Avédikian will attend the event as members of the festival's International Jury. 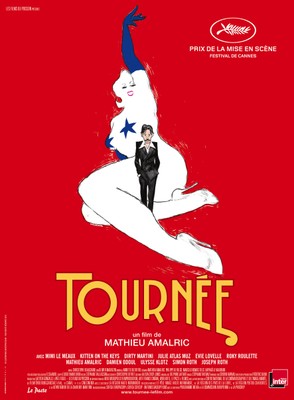