The 2010 Prague French Film Festival will take place from November 25 to December 1, held in the Czech capital and seven provincial cities, with sixteen theaters participating in the event.

This year's festival will notably showcase a selection of five films chosen by Czech distributors, presented in preview screenings: しあわせの雨傘 by François Ozon, Mammuth by Benoît Délepine and Gustave Kervern, Black Heaven by Gilles Marchand, 美しい人 by Christophe Honoré, and The Childhood of Icarus by Alexandre Iordachescu.

The festival features five sections and a retrospective of the work of the Franco-Israeli director Amos Gitai. A number of French actors and directors have already confirmed their attendance at the event, including Judith Godrèche, Jean-Paul Salomé, Gilles Marchand, Gustave Kervern, and Alexandre Iordachescu.
This event, organized by the French Embassy in the Czech Republic, is co-produced by Unifrance. 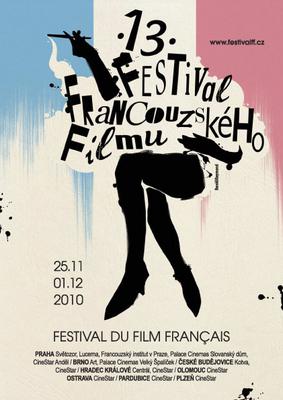