The 8th edition of the Franc-German Film Meetings took place Thursday, November 25 and Friday, November 26 at the Print Media Academy in Heidelberg, Germany.

As with every year, the event opened at the beginning of Thursday afternoon with an appraisal of current Franco-German coproduction activities. A positive report of the continually increasing number of coproductions was presented. Since 2009, Germany has indeed become France's second partner for majority-French productions, just behind Belgium, which remains France's favored partner, in particular due to a shared language.The Film Meetings' presidents,  Alfred Hürmer and Antoine de Clermont-Tonnerre, noted that this report proved the impressive distance covered since the Franco-German mini-treaty was initiated in 2001, as well as the existence of exclusive, special ties between both countries. Nevertheless, in order to find new avenues of thought to coordinate funding systems, and further boost cinematographic cooperation between France and Germany, as well as boosting the distribution of these films in each country, Peter Dinges proposed that a discussion between the film industry bodies of both countries take place. This could be scheduled next May during the Festival de Cannes.

The first roundtable concerned a case study of distribution in France and Germany. Representatives from Ad Vitam, Pandora, Pyramide, and X-Verleih presented their distribution strategies in both countries for the releases of Mammuth and Soul Kitchen.

Spurred on by the success of the first coproduction market in 2009, a new market took place this year. In total, twenty German and French projects were presented. Each producer was able to present his project to potential coproducers during individual meetings.

Friday was entirely given over to the presentation of the technical, artistic, and financial aspects of 3-D film production. Following the example of Pina Bausch (Neue Road Movies), Behind The Wall (Sombrero films), and Les ailes de Johnny May (K’ien Productions), the first experiences of 3-D features realized thanks to current techniques were presented. The presence of these films' producers, who were particularly implicated in their projects, of Pina Bausch director Wim Wenders, and of stereographer Alain Derobe, allowed a high level roundtable to take place. It was one of the Meetings' high points.

The afternoon was the opportunity for an update on current national and international tax credit regulations in relation to existing coproduction possibilities. Constructive exchanges chaired by producers invested in the international market (Ciné@, Bavaria Films) took place between representatives of the FFA, CNC, Film France, and the public.

For the first time, panels focused on documentary film were organized parallel to the conferences. In this context, the case study of Franco-German coproduction Wildlife of domestic animals (Les Films d'Ici/Look Films), as well as a panel on documentary film financing, met with resounding success among the participants.

New media and new opportunities for production and distribution that the former attract were the subject of the final discussion. This panel was organized by Atelier Network, a group of former students of the Atelier Ludwigsburg-Paris. This European program for young producers and distributors was created in 2001 within the framework of the Franco-German Film Academy.

Parallel to the discussions and panels, all the participants were invited by the Cities of Heidelberg, Mannheim, and the Rhin-Neckar region to a Gala on Thursday evening, which took place in the prestigious Heidelberg Palace. The following day, a buffet was organized, in partnership with the Popakademie in Mannheim, to close the event. It was held in Heidelberg's former freight station, and was followed by a concert and an evening organized by the Atelier Network.

The 9th Franco-German Film Meetings will take place November 24 through 26, 2011 in Paris. 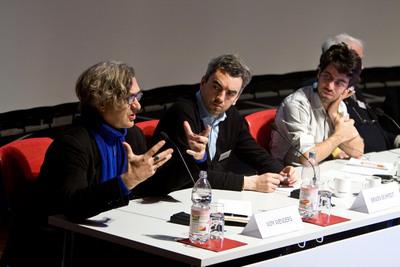 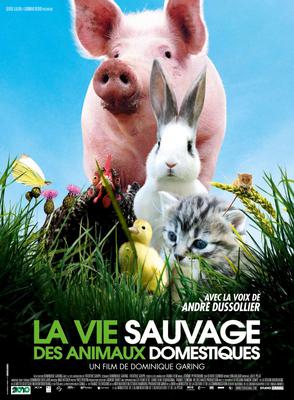