From April 21 through 24, Unifrance returns to Almaty to present a selection of French feature films and short films accompanied by a delegation of filmmakers and artists from the films.

Spurred on by the country's cinematic history and its proven interest in French cinema, allied with the current economic stability and expansion in all branches of the film industry, Unifrance made the decision to launch the French Cinema Today Festival in Kazakhstan in September 2010.

As a follow-up to this first-time event, which was acclaimed by the media and audiences alike, Unifrance returns to Almaty from April 21 through 24 this year to present a selection of French feature films and short films accompanied by a delegation of filmmakers and artists from the films.

An event such as this would not be possible without the involvement and confidence of an essential partner: the theater hosting the festival. By making a commitment to releasing the majority of films presented at the event, Baourjan Choukenov, director of the Arman theater (the only theater that is a member of the Europa-Cinemas network in Central Asia), leads the way for other distributors and sets a precedent for the future.

By traveling to Kazakhstan to meet with the media and audiences, members of the French artistic delegation will give the event a particular focus that bears witness to French filmmakers' dedication to promoting their work abroad, even in "emerging" markets, which may well prove prime destinations of French films in the near future.

At the end of 2010, Kazakhstan registered 182 movie screens spread between 66 movie theaters. Two French films put in fine performances in this market last year: The Extraordinary Adventures of Adèle Blanc-Sec by Luc Besson, which was released on 10 prints and took $28,000, and The Ghost Writer by Roman Polanski, which took $18,000 on 7 prints. 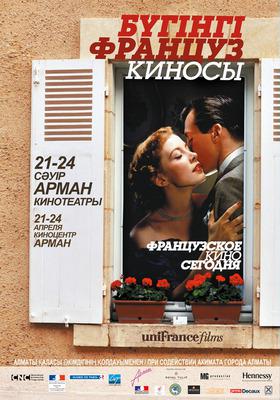