Argentina according to Michel Leclerc

I arrived in Buenos Aires on Tuesday, but my film was not scheduled to be screened until Thursday…

That meant I had two days to discover the city. I loved wandering through the sunny streets filled with flowers, it reminded me a little of Soho, New York. Strangely enough, I felt instantly light-hearted and carefree. People in the streets seemed to be laughing so much more than at home. I enjoyed that. I was welcomed by Alejandra Cordes, director of the French Film Week, and her husband Alejandro, the film’s Argentinean distributor (they were married two weeks later). During our meals, at which we were obliged to eat an entire cow at each sitting, they told me how European films, and French films in particular, had lost their appeal in Argentina over in recent years. It seemed that the rise of 3D cinema was the main reason for this. The country has no real art house theater scene and moviegoers have little choice but to go to the multiplexes, which favor big American productions. They told me that there was, however, a strong potential audience for European and French cinema. Argentineans live like the Europeans of South America, particularly in Buenos Aires. This is why this French Film Week is so important, and what's more, it enjoys great popular success.

My film was screened to packed houses; people were turned away at each screening. I stayed in the theater during the screenings and was delighted to hear the audience laughing. I have always thought that the film was typically French because it dealt with national obsessions, so I was very curious to see how audiences so far from the reality of French life reacted to it. As it turned out, they were very enthusiastic. Argentines share similar obsessions with the French, such as the ever-present past, a passion for politics, and a certain sense of provocation. My interviews with journalists confirmed this impression that the film hits a nerve with Argentineans. The film’s June release looks promising, although I can’t say I go along with the title chosen for its Argentine release, El signicado del amor, because I don’t see the connection with the French title. But apparently, for a French film to be successful in this country, the word "love" must feature in the title.

One evening, there was a reception held at the French Embassy for the festival. I met many expats, but was particularly amused to witness the arrival Mirtha Legrand. She is a huge star there, and has been hosting a highly popular television show for the past fifty years. Aged over eighty, all dolled up, she was a diva in hot pink. Her arrival sparked much excitement, with cameras flashing and microphones waving, it was as though nothing else existed. They asked me to pose next to her and I willingly obliged. Her appearance prompted me to think about the relativity of the star system, and how this aging lady whom I didn’t know, but who in this situation seemed somewhat absurd, could excite the passion of the Argentines, and even expats. Viewed from the outside, it all seemed bizarre and excessive, but then again, when I stand next to a star in France, the endless photographs, autographs, screams, and the whole circus seem normal to me. It’s all relative. 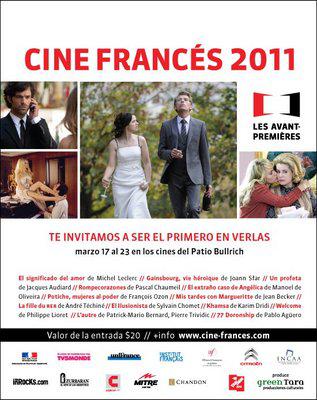 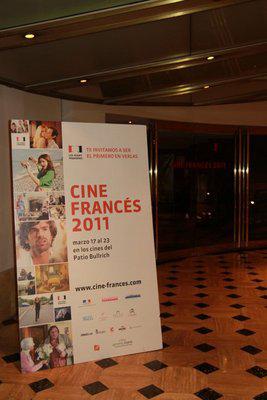 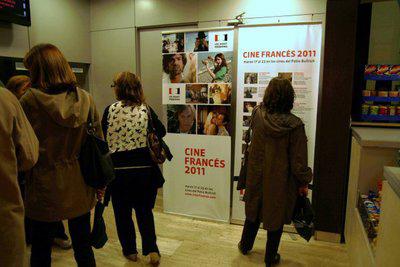