Report on the Franco-Tunisian Co-Production Workshop

The first Franco-Tunisian Co-Production Workshop was held September 30-October 2, 2011, in Tunis, under the auspices of Tunisia's federated producers' union and the film directors' association.

27 proposed Tunisian feature films (details of which are available on the CNC website) were pitched at the workshop by their producers and directors before a panel of 14 French producers who made the trip to Tunis for the event. The following French producers took part in the workshop: Yves Comte from Ile Production, Catherine Dussart from CDP, Guillaume de Seille from Arizona Films, Jacques Arlandis from Lavega Productions, Marc Baschet from ASAP Films, Philippe Delarue from Futurikon, Mylène Guichoux from Aurora Films, Marie Gutmann from Meroe Films, Richard Magnien from Mat Films, Xenia Maingot from Eaux Vivies Productions, Laurent Thiry from Magnificat Films, Manuel Collas de la Roche from Lotus Productions, and Nadim Cheikhrouha and Yves Chanvillard from Screen Runner.

To introduce the event, a short presentation on French film funding systems was followed by a case study on the film Secrets, held in the presence of its director Raja Amari. A roundtable discussion on film exhibition and distribution allowed participants to provide an overview of the current state of the sector and to evaluate possible strategies for the future. 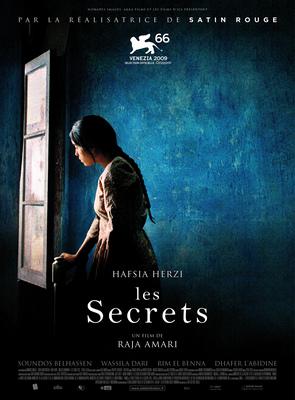 最近のフィルモグラフィー : After the Winter, Between Two Dawns, , ...

最近のフィルモグラフィー : Everything Will Be OK, , Irradiated, ...