The Pusan International Film Festival opened in a new venue this year, with the inauguration of a brand new cinema center housing the event and the film market held at the Bexco convention center.

French cinema's impact at this year's event is bolstered by the high profile presence of Isabelle Huppert and Luc Besson, who are two key guests of the festival. Isabelle Huppert presented the film Je ne suis pas une princesse, as well as inaugurating a photo exhibition in her honor held at the Busan Photography Museum, leading a master class, taking part in the festival's traditional "hand printing" event, and participating in a debate with the Korean director Hong Sang-Soo, with whom she has just completed shooting a film in South Korea. Luc Besson took part in the Asian premiere of The Lady, held in the presence of his lead actress Michelle Yeoh, who is a highly popular star in Asia. He also led a master class and took part in a hand printing ceremony on October 11.

New generation French cinema is also well-represented at the festival, with the world premiere of the debut film by Audrey Fouché, Memories Corner, which is included in the Flash Forward competition and which, having been shot in Japan, also bears witness to the strong bond established over recent years between the French and Asian movie industries. Chicken With Plums, represented by Vincent Paronnaud, is also showcased in the World Cinema section. 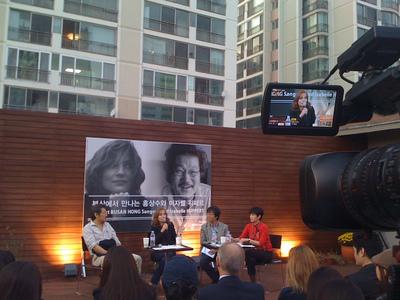 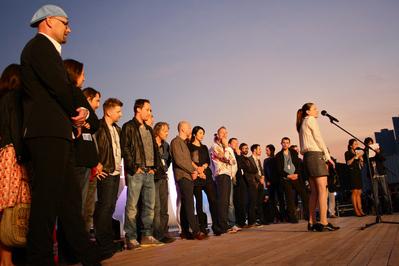