Since 2003, uniFrance Films and German Films have joined forces to host the annual Franco-German Film Meetings.

The 9th Franco-German Film Meetings will take place in Paris November 23 and 24. These annual meetings will bring together 300 producers, film financers, representatives from national organizations, sales agents, and distributors, held at the reception salons of the Intercontinental Grand Hotel. This year's meetings coincide with the 10th anniversary of the creation of the Franco-German Co-Production Mini-Treaty, and will offer an opportunity for industry players to evaluate the current situation for co-productions between France and Germany.

A panel discussion will be held on issues concerning film distribution and exhibition, such as the future role of distributors in the light of rapid advances in digital projection in European theaters, the arrival of 3D, and the current trend of outsourcing of programs by German distributors.
New distribution channels (such as VOD, Pay TV, Internet distribution, etc.) will be analyzed at a second panel discussion. A case study on the films Goodbye First Love! (a co-production by Les Films Pelléas and Razor Film Produktion) and Tue-moi (Töte mich)(Töte mich, a co-production by NiKo Film and Ciné Sud Promotion) will be used as a starting point for discussions about recurring issues concerning co-productions.

The Atelier Network, an association between the Ateliers in Ludwigsburg and Paris, will host a panel discussion on the subject of Transmedia Storytelling.

A co-productions market will be structured around pitching sessions and individual interviews. It will enable producers in search of a co-producing partner, as well as co-producers seeking financial partners or distributors, to meet with potential contacts for their film projects.

This year for the first time, the Franco-German Film Meetings will be launched in conjunction with the German Cinema Critics' Week in Paris, creating synergy between the events. Participants at the Franco-German Film Meetings are thus cordially invited to take part in the opening ceremony of the German film festival and to a screening Westwind by Robert Thalheim at the Arlequin cinema. 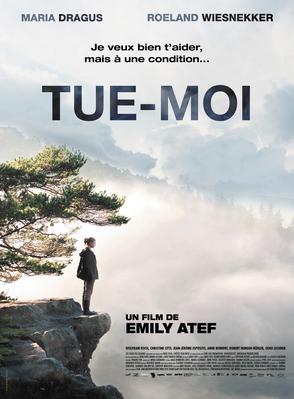