For the 13th year, uniFrance Films and the regional film fund Bade Wurttemberg MFG have joined forces to present a Distribution Aid Award for the release of a French film.

Offering a prize valued at €20,000 from the sponsor organizations, this award was given to the distributor of a film promoted in connection with the 2011 Tubingen-Stuttgart Francophone Film Festival.

This year's award winner is the distributor Camino Filmverleih for the film Sarah's Key by Gilles Paquet-Brenner. The award was presented at a preview screening of the film held in Stuttgart at the Delphi Cinema on December 12, 2011. Sarah's Key was released in Germany on December 15, 2011.

The 2010 uniFrance Films/MFG Distribution Aid Award was given to Hands Up by Romain Goupil. In 2009, Arsenal Filmverleih won the award for the release of Welcome by Philippe Lioret. 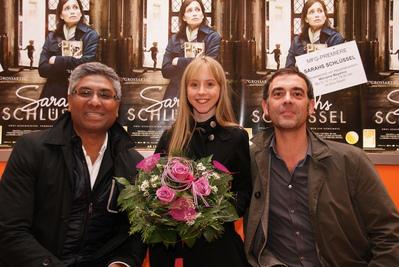