Review of the 9th French Film Panorama in China

The 2012 Panorama event was held in six cities, with the French delegation present in the cities of Beijing, Shanghai, Shenzhen, and Chengdu.

The selection was composed of nine feature films and two programs of short films, as well as a tenth feature, Day Off, which was released in theaters April 12, 2012. Fiona Gordon, Gabrielle Lazure, Jean-Marc Moutout, Rémi Bezançon, Dominique Abel, Ismaël Ferroukhi, Jean-Pierre Denis and Antoine Rein traveled to China for the event. A screening of A Trip to the Moon by Georges Méliès was held at the opening in each city, preceding the screening of A Happy Event in Beijing and Shanghai, The Fairy in Chengdu, and Early One Morning in Shenzhen. Wang Xiaoshuai (director of 11 Flowers) was this year's festival patron.

Beijing
The French Film Panorama in China's opening in Beijing met with great success, showing to a packed house preceded by a press conference held in the afternoon that was attended by all the major media, including CCTV. Despite this promising launch, screenings held on the following days at the Broadway Cinema proved less popular. Films included in the Panorama were screened in an inner city theater with around 100 seats, which was most often only half-filled. It is worth noting that the six other theaters in this cinema complex were screening Titanic in 3D. The exhibitor clearly did not put a great deal of effort into the Panorama film screenings. This year's Panorama's first contact with Chinese audiences was not entirely satisfactory, although all delegation members were able to take part in interviews. The Moma Cinema attracted larger audiences. The opening event in Beijing and the press conference were not conducted in collaboration with the exhibitor, but were held instead in partnership with the French Embassy, which was not the case in the other cities.

Shanghai
The Panorama was held under the banner of the Shanghai International Film Festival. Theaters were packed to the doors and a press conference hosted by Mrs. Tang, artistic director of the Shanghai Festival, was a success. The enthusiasm of exhibitors in Shanghai, who ensured the efficient promotion of the films presented at the Panorama, has spurred us on to strengthen our efforts to forge closer ties with the SIFF.
Shanghai allowed us to put a smile back on the faces of delegation members, who were delighted to interact with the large audiences in Q&A sessions. Overall, theaters in the Shanghai leg of the Panorama reached 77% of capacity. The festival was also actively involved in Chinese social networks to promote the event and the films presented.

Shenzhen
Perhaps the biggest surprise of this Panorama was Shenzhen. As well as projecting the event's poster on giant screens inside and outside the theater, the exhibitors printed a flyer with synopses of the films and screening times. The 250-seat theater was almost full for the opening night's screening of Jean-Marc Moutout's film. The media interview with Jean-Marc Moutout and Wang Xiaoshuai, this year's Panorama patron, was interesting and well-managed by the city's most well-known local television presenter.

Chengdu
The strong involvement of Mr. Li, manager of the Stellar multiplex, both on a personal and professional level, in promoting the French Film Panorama, can only encourage us to present more French films in his theaters. Fiona Gordon and Dominique Abel answered questions from large audiences following the screening, and also led a master class with enthusiastic students from the film and television department of the Chengdu teacher training school.

Like the feature films, the shorts presented this year once again came close to filling theaters, with the exception of the very first screening in Beijing. Audiences were keen to sample a film genre that they are rarely exposed to and congratulated filmmakers for the high standard of their work and the diversity of their subjects. The questions asked after each screening reflected the strong curiosity of spectators, who undoubtedly consider French films-both features and shorts-as a source of intellectual stimulation. Many among them also remembered the excellent quality of French films presented at the 2nd MyFrenchFilmFestival.com event earlier this year. This is added proof that French short films are just as highly anticipated in China as feature films.

Five films from the Panorama line-up will be presented at the 3rd KingBonn New Media Shorts Festival (May 17-21, 2012) in the presence of the director Antarès Bassis (Porteur d’hommes) and the producer Jean-Christophe Soulageon (Les Films Sauvages). 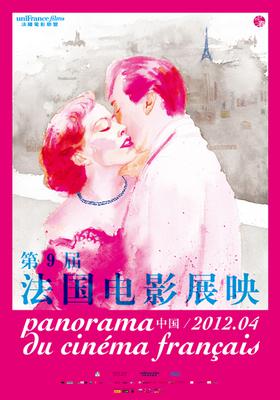 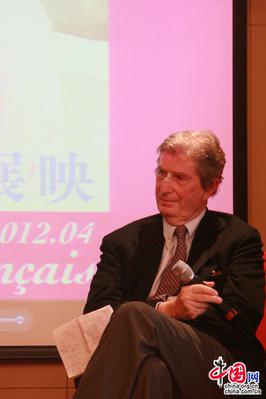