It all started with a long letter we received informing us of our selection at the Rochester International Film Festival.

This festival is unusual in that they inform applicants of whether or not their films have been accepted in a detailed letter explaining the artistic and technical motivations for their decision. This is such a rare event that we were speechless with amazement!

So off we went to Rochester, impatient to meet these people who were so caring and so demanding in their dedication and passion for cinema. Once we arrived, we discovered the famed Movies on a Shoestring Committee, that is composed of enthusiastic, passionate, and generous volunteers. So generous that these people actually provide the accommodation and transport for guest directors at the festival. They bent over backwards many times to ensure that everything went as smoothly as possible for us and to welcome the large audiences present in the theaters each evening.

The reason that these Committee members are voluntary is that screenings are free. And even if donations are welcome, they are as committed to their festival as they are to it remaining a free event. When you see the crowds that flock to screenings nightly, you can't but feel proud and pleased to meet with these spectators who come to see films from around the world in a setting that as magic as the festival cinema.

Indeed it is no trivial matter for a film to be screened at the Dryden Theatre, a private theater seating 600 people owned by George Eastman, founder of Kodak. It is here in this theater adjoining his residence that Eastman held his private screenings. And it was here that Louise Brooks first saw Loulou on screen (in Pandora’s Box), well before the film's release in 1929. This is but one of the many anecdotes we heard during our visit to the magnificent George Eastman House organized by the festival.
The climax of this visit was discovering the film preservation and photograph conservation center in the basement. The private collections of Martin Scorsese and Spike Lee are there, among hundreds of film spools. Several centuries of cinema history stares right at you in this chilly mini-Alcatraz of the Seventh Art.

So it was feeling rather nervous, and honored at the same time, that the directors entered the Dryden Theatre each evening to see their 35 mm films screened, as well as to hear the lively reactions from audiences that were in seventh heaven themselves to discover these little films from across the globe made by professional filmmakers or film school students.

At this event, short films-and only short films-are placed in the spotlight. And there was no lack of enthusiasm for this genre that is often seen as the poor cousin of the noble feature film! This was exemplified by the thunderous applause offered to filmmakers, even before the screenings started.

There is no competition at this festival. That aspect happened before we arrived, as seen in that memorable letter. This explains why all the films leave with a prize, the Movies on a Shoestring Award for Film of the Year (in the form of shoelaces!).

Well, what a festival, and what amazing encounters! We left Rochester filled with emotion, our heads swirling with images and our hearts full of warmth, with an odd sensation of having brought back with us a little piece of cinema history in our pockets.

That was enough to fuel us with energy and hope for launching into our next projects, and to spur us on to make a new application for Rochester. 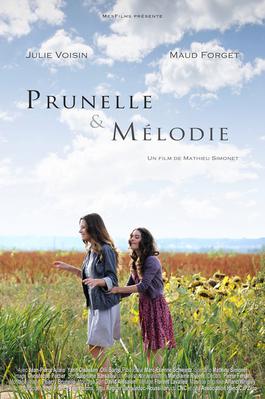 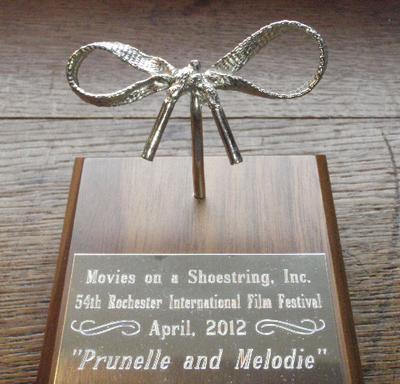