As has been the case for several months now, The Intouchables is still the top-scoring French film abroad this week, with almost 110,000 admissions, a result on par with last week.

While it quietly continues its impressive career in Germany, with 19,000 admissions (compared to 20,000 last week) and an overall tally of 8.4 million spectators, the United States is the place where it has registered its best result this week. The film has racked up the same number of admissions in its fourth week as it did in its third, with more than 70,000 spectators on a 77-print release.

This stability confirms the strategy employed by the film's distributor, The Weinstein Company: no increase to the number of prints so as to maintain a good spectator average per theater and hence stretch the run out over several months. This is a classic strategy for independent works, and is often confined to films released in December in the lead up to the Academy Awards. The Intouchables has thus far accumulated 225,000 admissions in the United States, and its career should last throughout the summer at least.

Rust and Bone's fine results in Belgium continue to surprise, with almost 11,000 admissions this week and an accumulated result that has overtaken 100,000 spectators. As is the case in France, with his latest film Jacques Audiard has achieved his best ever results at the box office, whereas A Prophet and The Beat My Heart Skipped didn't reach 40,000 admissions, and Read My Lips, a mere 18,000. Also out on release in Dutch cinemas, Rust and Bone has clocked up 23,000 admissions in two weeks, with a progression of 30% between its first and second week.

Many French productions are currently screening in Italian theaters: 21 films share billing. Some are just beginning their run, others are reaching the end, while others are a bit of both.

Bienvenue à bord was released this week on more than 200 prints. With 16,000 admissions under its belt, it should rapidly disappear from the screens. The Intouchables finishes its run and the week with 2500 admissions and an overall tally of more than 2.4 million admissions.

Sister has overtaken the 50,000 admission mark, a fine result for Ursula Meier's film, after the 30,000 admissions generated by Home in 2009. It's a result close to that achieved by All Our Desires, which, with 45,000 admissions, will unfortunately not reiterate the excellent score for Welcome, which finished its career with 171,000 spectators.

Among the other films, Thelma, Louise et Chantal has failed to attract crowds, with 2200 admissions on 25 prints, as opposed to a film which is yet to be released in France, The First Man. This majority-French production directed by the Italian director, Gianni Amelio, and starring Jacques Gamblin and Claudia Cardinale, has accumulated 130,000 admissions since its release nine weeks ago. 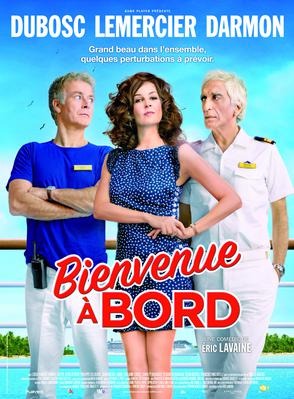 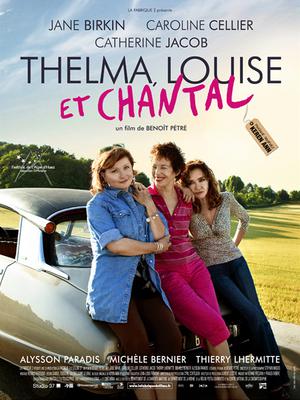