The San Sebastian Film Festival selected twelve French features to participate in its 60th edition, along with a retrospective of 23 films dedicated to Georges Franju.

Four films are in Official Competition, vying for the Golden Shell: The Attack by Ziad Doueiri, CapitalCapital by Costa Gavras, In the House by François Ozon, and Foxfire by Laurent Cantet.
The four directors will be attending the festival to present their films.

In the parallel sections, several French films and coproductions can be found, which are also accompanied by their respective directors, including Love by Michael Haneke (Prix Fipresci), which will open the Zabaltegi-Pearls section, Something in the Air by Olivier Assayas, also screening in Zabaltegi-Pearls, the animated feature Le Jour des Corneilles, in New Directors, and Haute Cuisine by Christian Vincent, and The Chef by Daniel Cohen in Culinary Zinema.

For its 60th year, the festival has organised a Latin America-Europe coproduction forum in conjunction with Latin American institutions.

uniFrance will be present, just as it is every year, and will bring a delegation of fifteen French film artists to the festival.

Although the Spanish film market is in dire straights, French cinema nevertheless maintains a steady level, with 4.3 million admissions registered in 2011. Thus far, 2012 has been a good year - by mid-September almost 4.7 million admissions for a total of 38 films in theatrical release had been tallied. The Intouchables phenomenon (2.5 million admissions) has had a strong influence on these results, but films such as The Women on the 6th Floor, Delicacy and The Snows of Kilimanjaro (all of which racked up more than 100,000 admissions), and The Artist (released December 2011, it went on to accumulate more than 650,000 admissions) have all contributed to these fine results. 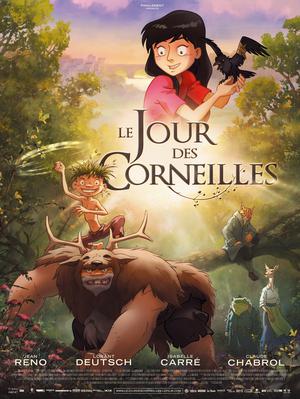