Two weeks after picking up the FIPRESCI Award in Toronto, François Ozon's 危険なプロット has won the Golden Shell for Best Film at the 2012 San Sebastian International Film Festival.

The French director's 13th film clearly won over the San Sebastian jury, led this year by the American producer Christine Vachon, since it also waltzed off with the award for Best Screenplay.

フランソワ オゾン has previously been honored at San Sebastian, for his film The Refuge, which won him the Special Jury Prize in 2009.

French cinema was in the spotlight at the awards ceremony of the 60th San Sebastian FIlm Festival:
The jury awarded a Special Mention to The Attack by Ziad Doueiri.
Best Actress honors were shared by the Spanish actress Macarena García, for Snow White by Pablo Berger (which also won the Jury Prize), and the Canadian actress Katie Coseni, for Foxfire by Laurent Cantet, two French co-productions.
The Best Actor award went to José Sacristan for The Dead Man and Being Happy, a Spanish-Argentinean co-production.
The Spanish director Fernando Trueba also featured in the awards list, winning the Silver Shell for Best Director for The Artist and his Model, a black and white film shot in French, starring Jean Rochefort and Claudia Cardinale. 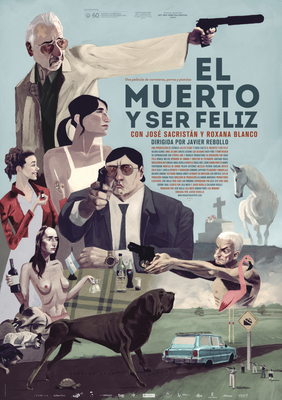 The Dead Man and Being Happy