The Other Son wins award in Tokyo

For the 2nd consecutive year, the Tokyo Sakura Grand Prix, the Tokyo International Film Festival's top award, has gone to a French film, The Other Son by Lorraine Lévy.

A year after the double award given to The Intouchables (Tokyo Sakura Grand Prix and a double Award for Best Actor for the film's two leads), the jury of the 25th Tokyo International Film Festival (TIFF), which took place from October 20 through 28, 2012, attributed the festival's two top awards, the Tokyo Sakura Grand Prix and the Award for Best Director, to The Other Son by Lorraine Levy. With the support of uniFrance Film, the film's director, lead actor Jules Sitruk, and producer Virginie Lacombe were all present to receive the award. These awards should allow the feature, which did not have a Japanese distributor until now, to be released in Japan.

France was once again well represented at the Tokyo International Film Festival: as well as The Other Son, ten French films or co-productions featured in the festival's sidebar sections, including Farewell My Queen by Benoit Jacquot (distributed by Gaga), who traveled to Tokyo with the film's lead Léa Seydoux, Journal de France by Raymond Depardon and Claudine Nougaret, Something in the Air by Olivier Assayas, and Ernest & Celestine by Stéphane Aubier, Vincent Patar, and Benjamin Renner.

After 2011, a very particular year in Japan due to the natural disasters which hit the country, we notice a market recovery in Japan in 2012, particularly when it comes to French cinema, led by the success of The Intouchables, released September 1, 2012, and which has already accumulated 760,000 admissions, and the release of The Artist (400,000 spectators). 2012 should reach the same levels as the past few years in terms of the number of films distributed (forty or so, with 1 to 4 million admissions, being 1.5% of the box office market share). In 2012, film acquistions, including French films, have also got underway again to a significative degree, testifying to the better state of this major market, the 4th for French international sales agents, and the most important export territory in the Asian zone.

Jointly organized with UNIJAPAN (the Japanese equivalent of uniFrance) and supported by METI (Ministry of the Economy, Commerce and Industry) and the City of Tokyo, the TIFF is the main internation film festival in Japan, with 235,000 spectators this year (being a 35% increase compared to 2011). 230 film companies participated in TIFFCOM, the festival's professional market. 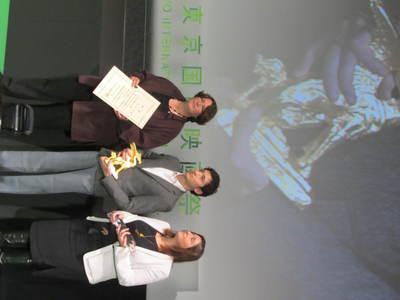 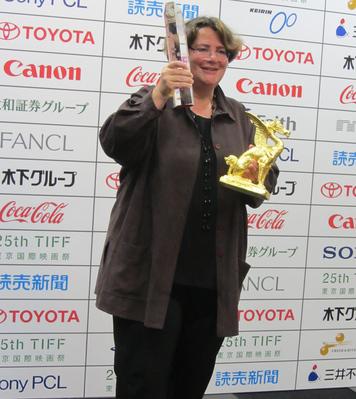 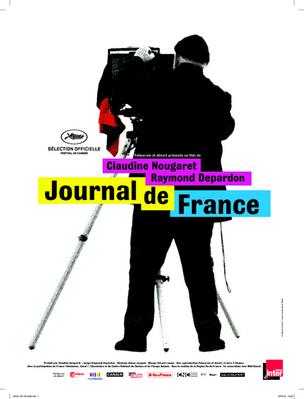