15th edition of the French Film Festival in the Czech Republic

The 15th edition of the French Film Festival in the Czech Republic, which will take place from November 22 through 28, 2012, will present, as it does every year, a particularly rich program.

The 2012 French Film Festival in the Czech Republic will present, in collaboration with Czech distributors, nine premiere screenings: Amour by Michael Haneke, The Chef by Daniel Cohen, And If We All Lived Together by Stéphane Robelin, Des vents contraires by Jalil Lespert, The Minister by Pierre Schoeller, Holy Motors by Leos Carax, Paris-Manhattan by Sophie Lellouche, Chicken with Plums by Marjane Satrapi, and Haute Cuisine by Christian Vincent.

The festival opens on November 22 with a special presentation of the late Claude Miller's last film Thérèse Desqueyroux.

It also contains a sidebar section "Czech Film Critics' Choice,",which groups together seven films, yet to be released in the Czech Republic, selected by seven journalists, a new section FAMU in Cannes, dedicated to work by students of the Prague Film University, the traditional Short Film Evening, Cinema Successes composed of a dozen films, a section dedicated to Leos Caraz, with three of his films, and a Tribute to Alain Resnais section.

During the festival's week-long run, 40 feature and 15 short films will be presented at 100 sessions. Last year, the event attracted 20,000 spectators.

After an extremely difficult 2011 for French films in the Czech Repbulic (38,000 admissions), 2012 marks a genuine return to form: 24 new French films (including co-productions) have been released on Czech screens in the past nine months (compared to 22 for the whole of last year), and have already tallied nearly 150,000 admissions. 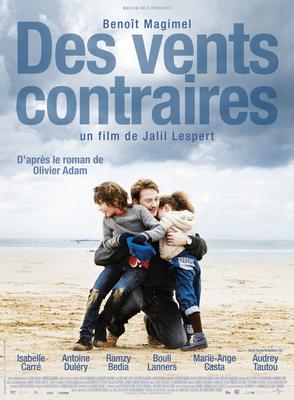