A Crystal Globe at the Karlovy Vary Film Festival

The French co-production Le Grand Cahier (The Notebook) has won top honors at the Czech festival.

The Karlovy Vary International Film Festival's top prize, the Crystal Globe, was presented at the ceremony held July 6, to The Notebook by the Hungarian filmmaker János Szász. Set during World War II, the film recounts the story of 13-year-old twins who are left to their own devices and who erase all human sentiment in order to survive in their world of violence and suffering. This European co-production was co-produced by the French company Dolce Vita Films. 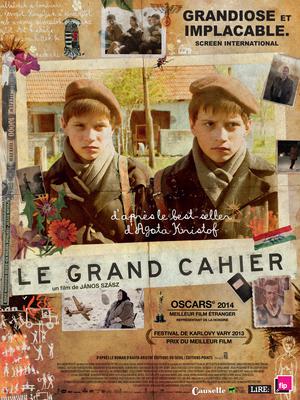