Applications for participation in the Pitching and Work in Progress programs of the Professional Section of the Film Industry Office of the 12th Odessa International Film Festival will be accepted from April 12 through June 15 and including.

Film Industry Office is a platform for professional communication, support and development of Ukrainian film projects and film industry in general, which includes a program of events: presentations, lectures, Works In Progress programs and film projects pitching, panel discussions, round tables, etc.

The Pitching of Odesa International Film Festival is a competition of full-length film projects of Ukrainian production or in joint production with Ukraine, which are at the stage of development and preparation for the filming process. Ten projects of feature films, documentary and animated feature films selected by the commission will take part in OIFF Pitching.

You can have a look to the terms of participation in the Pitching and apply at the link.

Presentation of Work in Progress projects is the presentation by producers and directors of projects of feature films at the final stage of filming or at the stage of post-production, the completion of which is planned in 2021-2022. The OIFF Selection Committee will choose to represent 10 projects of Ukrainian production or joint production with Ukraine.

You can have a look to the terms of participation in the Work in Progress and apply at the link.

Applications will be accepted from April 12 through June 15 and including. The list of finalists participating in each program will be announced on August 1, 2021.


Film Industry Office of the 12th Odesa International Film Festival will be held on August 17-20, 2021. 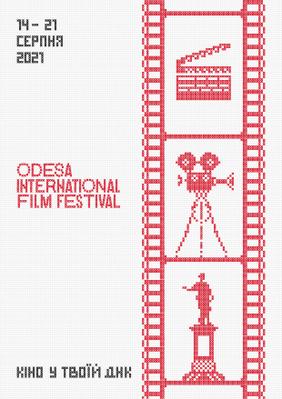