The French Syndicate of Cinema Critics has awarded 4 prizes ("Prix de la critique", critics prize) - the Prix Méliès annually since 1946 to the best French film of the year. The Prix Léon Moussinac, awarded to the Best Foreign Film category was added in 1967. Additionally it awards a Prix Novaïs-Texeira for short films since 1999 and a First Film prize since 2001.

It also organizes each year the International Critic's Week, the oldest parallel competitive section of the Cannes Film Festival. 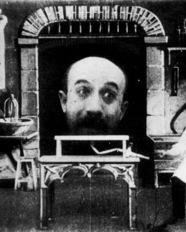