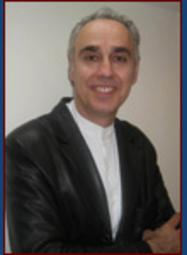 Born in Canada (Ottawa) in 1954, John Durie has worked in the international film business for nearly 20 years and worked on over 500 feature films from North America, Europe, Hong Kong and Australasia. Durie works with both leading independent directors and produers as well as first time directors.

After graduating from the Newhouse School of Public Communications in Syracuse New York, Durie moved to Europe in the early 80ies and took his first job in the film industry in 1981 as Head of Promotions and Marketing for PIC Publicity in London.

In 1985, Durie was asked by Telefilm Canada to set up and run their London office.

In 1986, he joined the newly created The Sales Company, then at the heart of the British film renaissance. As Head of Sales and Marketing, Durie worked on highly acclaimed feature films such as John Huston's The Dead, Michael Caton-Jones' Scandal, and Chris Mengesâ A World Apart.

In 1989, Durie left The Sales Company to become co-founder, Director of Marketing and Distribution for Manifesto Film Sales.

When the company was re-named PolyGram Film International, Durie became Joint Managing Director and Director of Marketing and UK Theatrical. During his four years at Manifesto/PolyGram, Durie supervised the marketing and international distribution of award winning films such as Wild At Heart, Barton Fink, The Crying Game, and Reservoir Dogs.

In 1993, Durie set up his own company STRATEGIC FILM MARKETING.

Durie is the co-author of the books Marketing and Selling Your Film Around The World and The Film Marketing Handbook.

He pioneered a number of Media Programme intensive training courses in film marketing, and continues to teach film marketing to European producers at the Strategics Film Marketing Workshops in Luxembourg.

People listed in the same film credits or the same companies