Flanders Image attends a large number of festivals and markets such as Rotterdam, Berlin, Cannes, Annecy, Locarno, Venice, Montreal, Toronto and both MipTV and MipCOM. It further participates in, or gives its support to film events abroad that are aimed at encouraging the distribution of Flemish audiovisual production. It also supplies tapes and information to festival programmers worldwide, and keeps the international media informed. Its booths at audiovisual markets are aimed at facilitating the networking process between its producers and other interested parties.

Flanders Image annually publishes a product guide and newsletters.
Its website, as well as the Flanders iMAGe magazine (available in both print and online) supply updates on new productions, awards and other activities.
The organisation also produces flyers for Flemish majority-produced features, as well as these with a considerable creative input coming from Flanders, and regularly takes ads in trade papers. 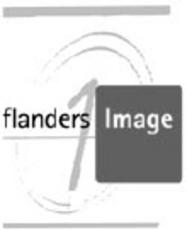