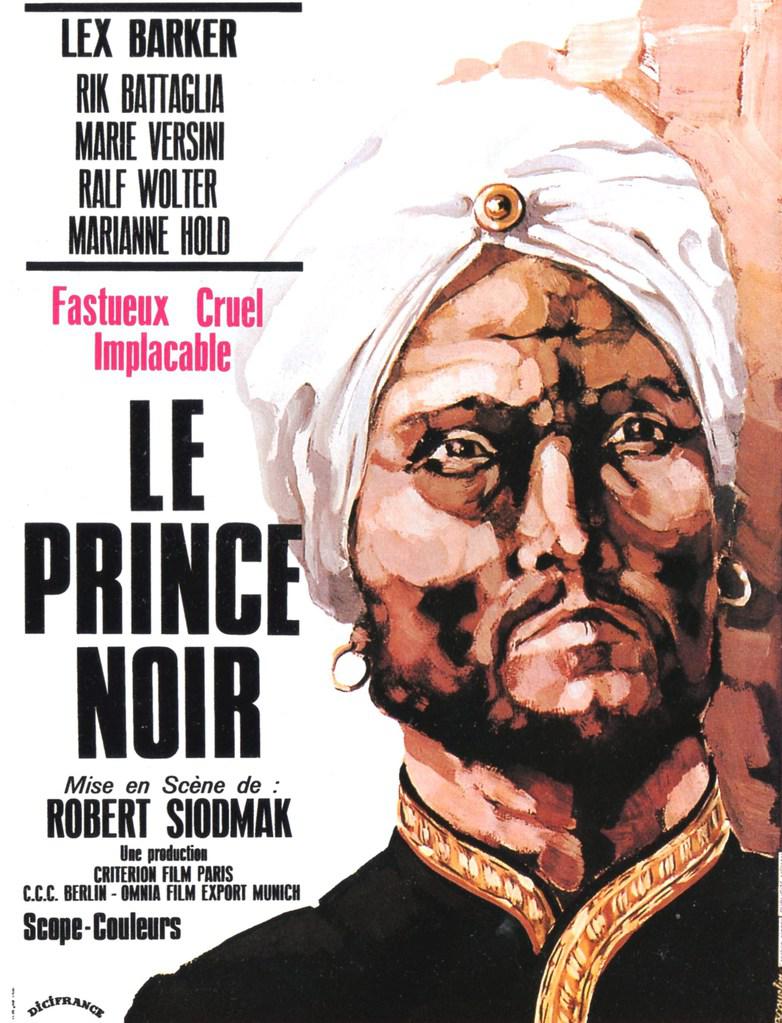 On his adventurous travels trough the Ottoman empire, Kara ben-Nemsi (the Turkish-Arabic name means 'black(bearded) German', so author Karl May, whose alter-ego he is, would consider shaved blond Lex Barker miscast) and his bragging but helpless 'protector' hajji Halef pass the land of the Skipetars (modern Albanians, one of the few Balkanic people who adopted the Turkish Muslim faith) where a whole region is terrorized by the many accomplices of the secretive 'Schut', one of whose rackets is kidnapping for ransom locals and especially wealthy travelers such as Kara's friend Omar's fiancée. After unmasking the mübarek, a local phony 'magician', and dealing with some other ruffians and corruption, he and Lord Lindsay -who for once succeeds in escaping with his butler Archie by his own ruse- find out the Shut is actually the wealthy Persian carpet merchant Nirwan and set out to finish him off. 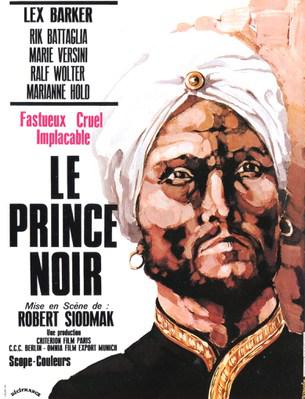 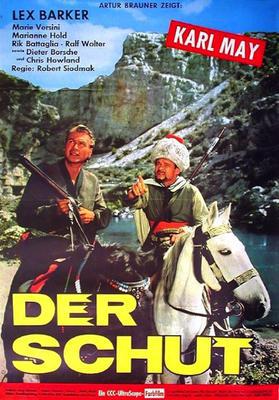