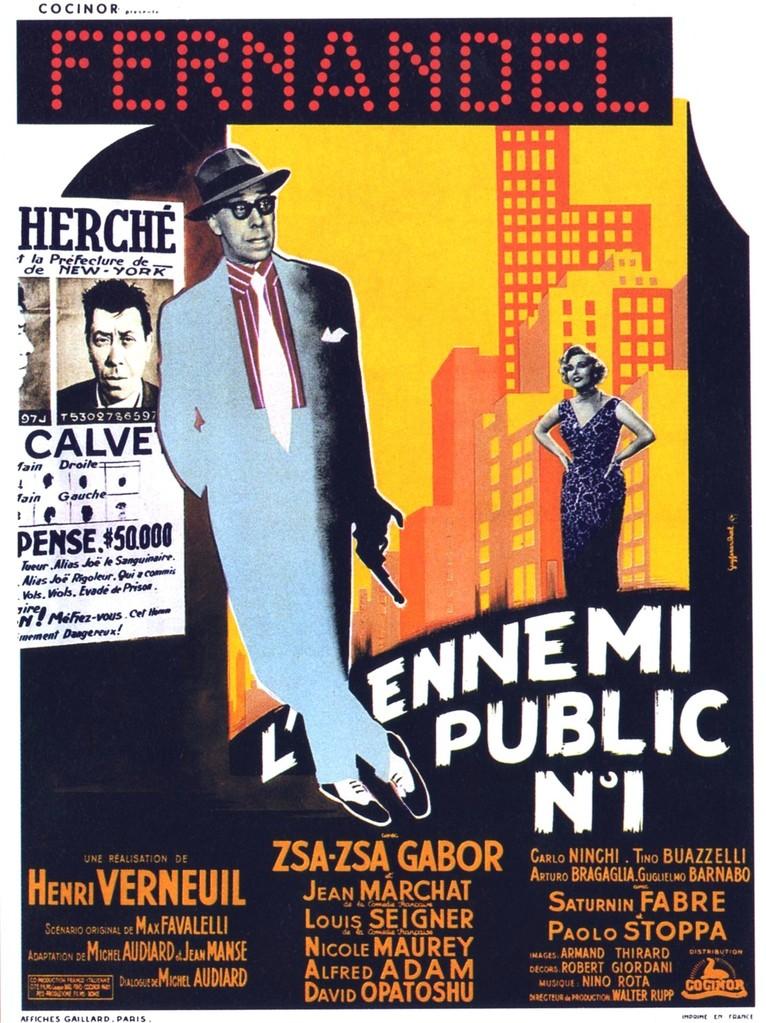 Joe Calvert (Fernandel) is a nearsighted, friendly man who works as a clerk in a large department store, who gets into embarrassing situations when he isn't wearing his glasses. Since Joe works in the department that sells cowboy clothes to kids, his boss is adamant against his wearing glasses as cowboys and glasses don't go together. After a series of near-blind misadventures, Joe is fired. Dejected, he goes to the movies and seats himself next to a dangerous gangster and, when he leaves, takes the man's raincoat. In the subway, on a crowded train, he removes a heavy object from coat pocket. It's a gun and the passengers are in a panic and Joe is arrested, and the police announce they have captured Public Enemy No. 1. The leader's mob, unaware that it isn't their boss the police have, plan an escape, with most of the plans made by gun moll Lola (Zsa Zsa Gabor.) Soon, Joe finds both the police and the gangsters after him. 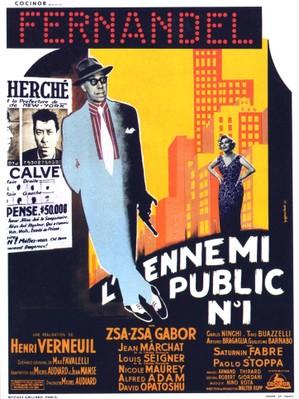 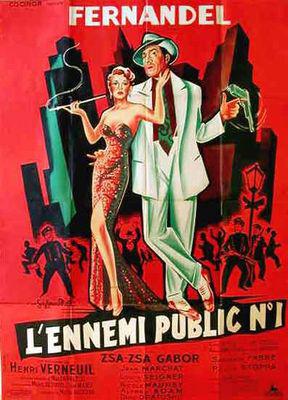