Fernando Trueba is a far cry from those selfish collectors who appropriate other people’s music and claim it as their own. His feature film is a warm-hearted ode to his passion for Latino jazz. A long-standing passion, unaffected by passing fads, that has nourished the Spanish director for more than twenty years. His film is an opportunity to discover the soul, culture and traditions behind the music.

Trueba opts for a completely subjective approach, thus avoiding the pitfalls of ‘academic’ documentaries. His method is straightfoward. He constructs a mosaic out of twelve musical numbers, mixing colors, rhythms and styles, while highlighting the unifying threads running through the music, be it from Cuba or Puerto Rico, from Andalusia or South America.
Within the confines of a deliberately plain, undecorated studio set, each sequence is allowed to tell its own tale. Our imaginations run free, and we’re enveloped by the music’s poetry. Six cameras, in time to the rhythm, capture individual instruments, allowing each to have their say in the story.
The masterful and simple narrative structure favors gestures, places the emphasis on dramatic instants, and obtains an orchestral fullness in the successful merging of sonic hues. Before allowing each of the actor-musicians to tell the way it is with their warm notes, Trueba further justifies his subjective approach by entering, with his own words and images, the individual worlds of each of his protagonists. The traditional viewpoint of pianist Eliane Elias; the schisms caused by immigration as symbolized by the Gonzalez brothers, living between San Juan and the Bronx; Gato Barbieri’s fragile flights of fancy; Tito Puente and his imaginary orchestra uniting all the heroes of Latino jazz; Chico O’Farrill’s weekly visit to Birdland in New York; the discreet and moving look exchanged between Cuban Chucho Valdes and his father, an exile in Stockholm…

Music treasured like precious jewels, safeguarded in the casket of its universe… In juggling these impressions of places, generations and styles, Trueba restores all the vitality to Latino jazz. And it’s this vitality which, for 50 years, has been one of the reasons why we can all hum to its tune. But there’s a paradox, ambiguity to this universality, for the music is both familiar yet often underrated. A situation rectified by this film which offers an in-depth look into the heart and soul of that thing known as Latino jazz. 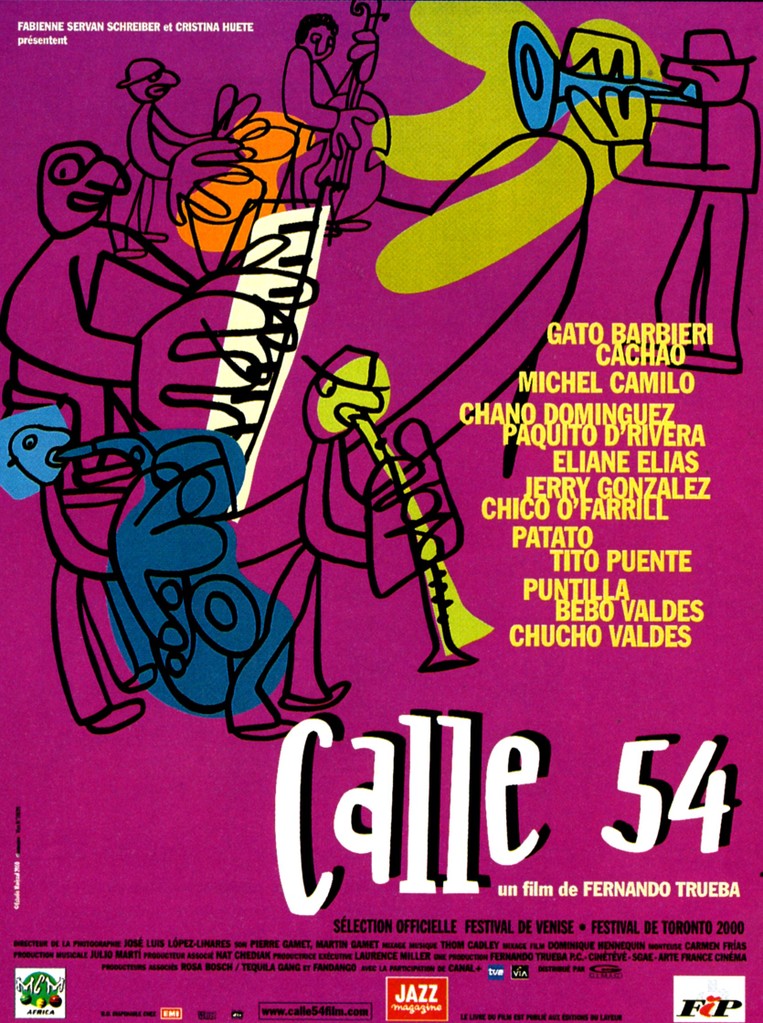